Hi I have a sick ADF with a fungal infection- white, cottony substance on its head, slight red marks in the same area. I’ve had him for about two months and am guessing it was sick when I got him but that infection slowly progressed. The frog is quarantined in a 5 gal tank and I am trying a half dose of furan 2 plus Kanaplex. I’m using the recommended formula I found from Seachem (see below screenshot) but am cutting the dose in half until I see how he responds. I’ve heard that people have had good luck using this on their bettas and I personally had great results using furan 2 with a Chinese fire bellied newt in the past.

The frog is still eating and seems to have normal energy levels but I can see the cottony substance growing by the day (see pic below). I’ve ordered Maracyn-Oxy and Methylene Blue after doing some more research, as I think the frog may respond better to this. Any ideas? Has anyone used these meds on any kind of frog with good results?

(See picture of tank below)

> water parameters: I’ve been consistency checking and they seem perfect

> Water changes: about once a week


A little bit of background:

I’ve had this community for about 2 1/2 months. We lost several glo fish and switched to tetra danio fish, which have been doing fine. We originally had 5 ADF’s and have since lost 3 and purchased 3 more (no, we did not quarantine them beforehand, which I now realize was a mistake on my end). The frogs did not seem affected by anything the fish were suffering from and now all fish are doing great. The previous frogs lost died looking extremely bloated (after doing some reading on this to try and figure out the cause I stopped giving them bloodworms. The frogs eat a mix of frozen brine shrimp and pellets now 3x a week). 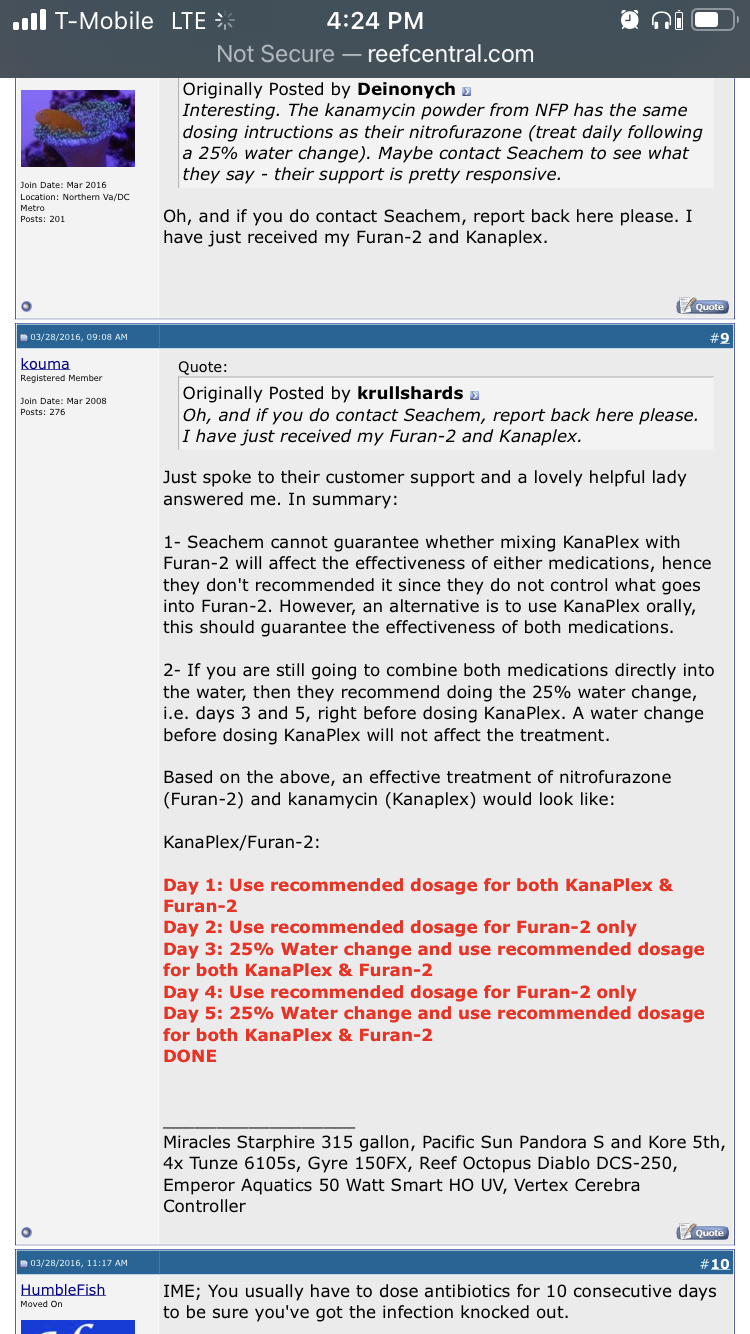 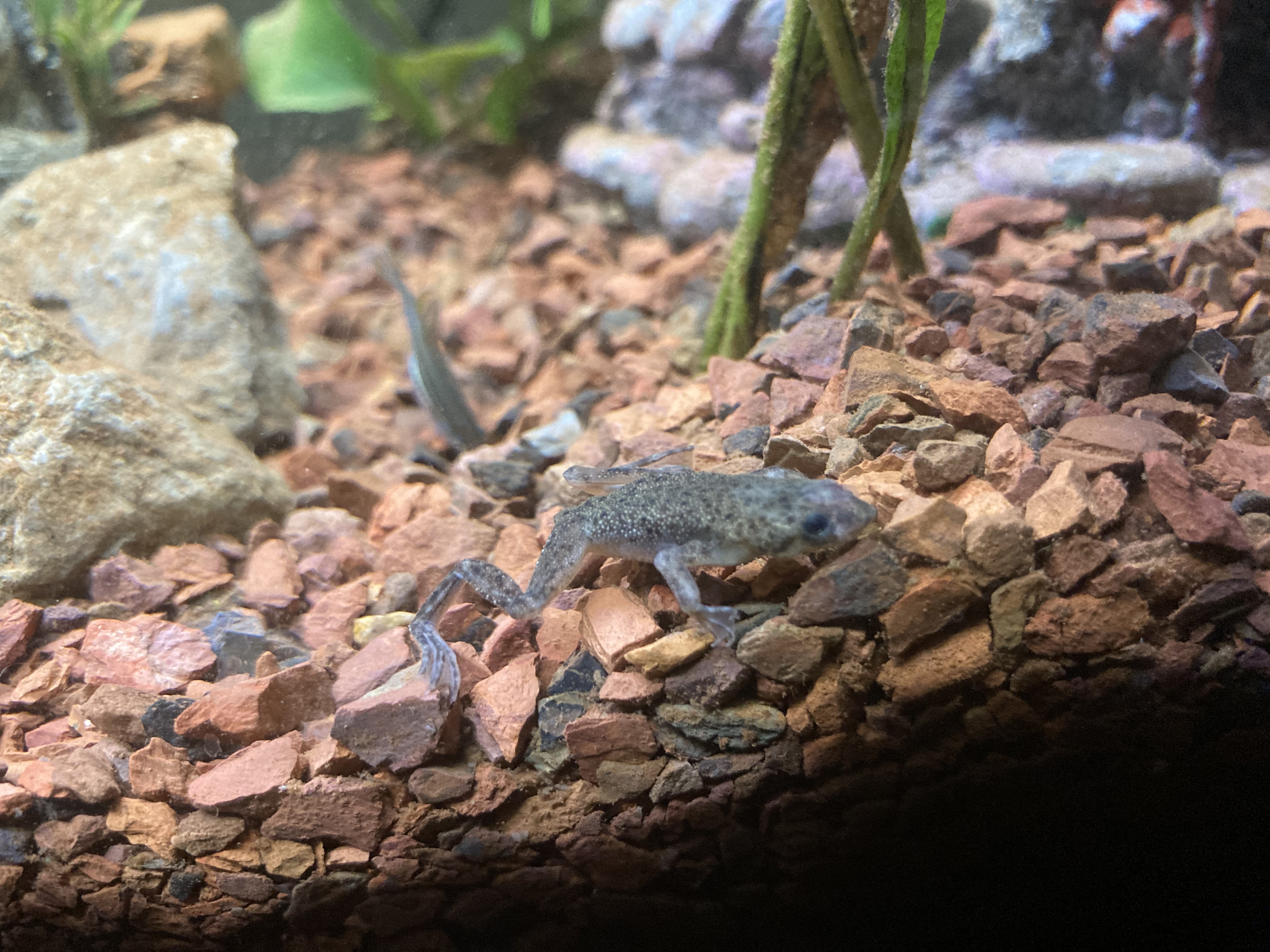 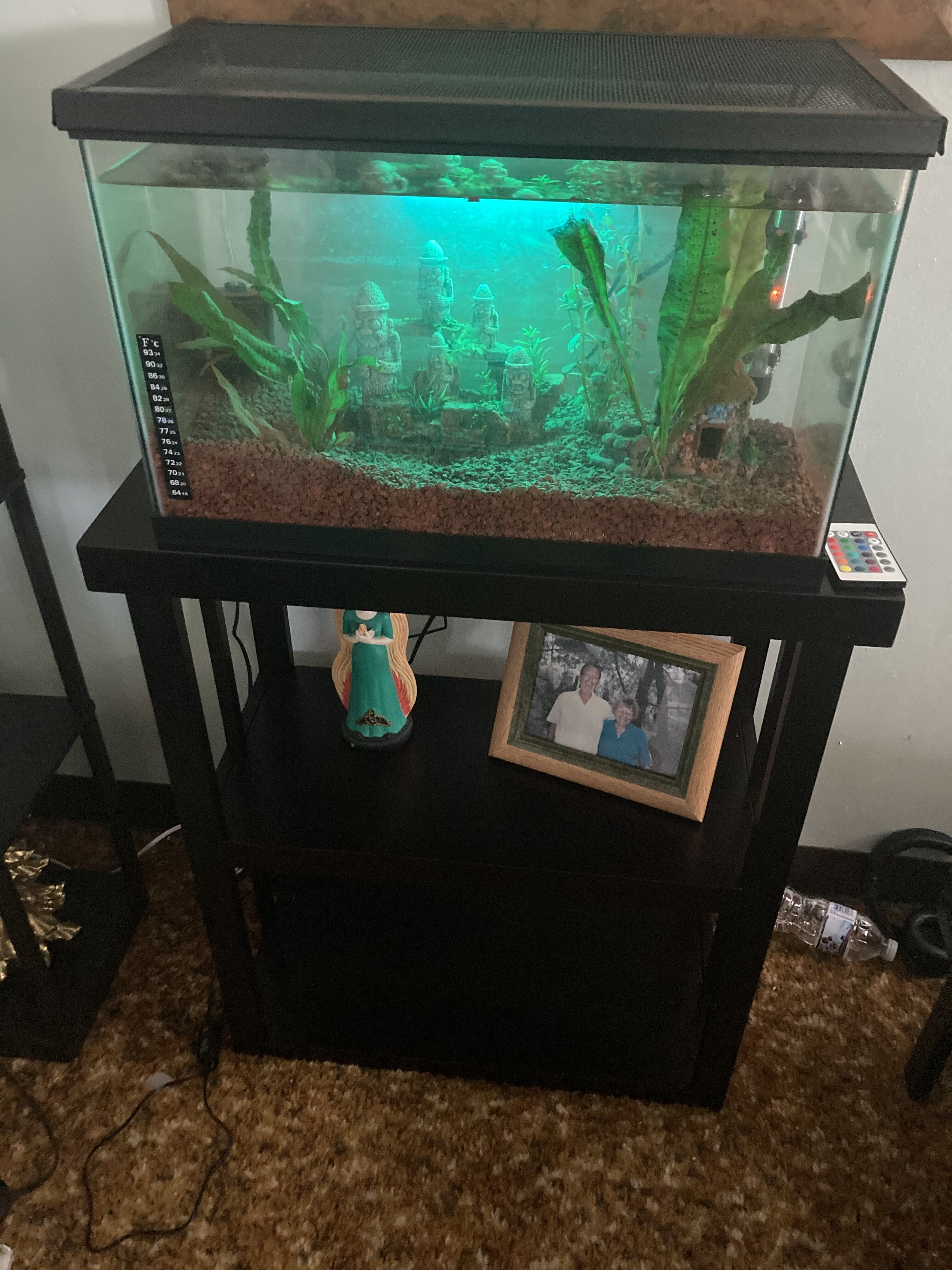