I have 2 five year old Axolotls.
One dark and one Albimo. I’m just concerned because my far one has been getting not raised or fuzzy or bacteria like white dots but just a pigment coloration different. I thought maybe it was a mark where he had hit something or bumped into something, but then it had not gotten more. I will post pics below

they have no signs of not eating or circles tails, the albino is fone.

the only other issue I have with the black one is the feathers on the gills have went down and now are slowly
Growing back. I was doing water changes more then I was before so I was wondering if it could be because of the water , but I use a water conditioner but, this has been a weired problem I can’t figure out. 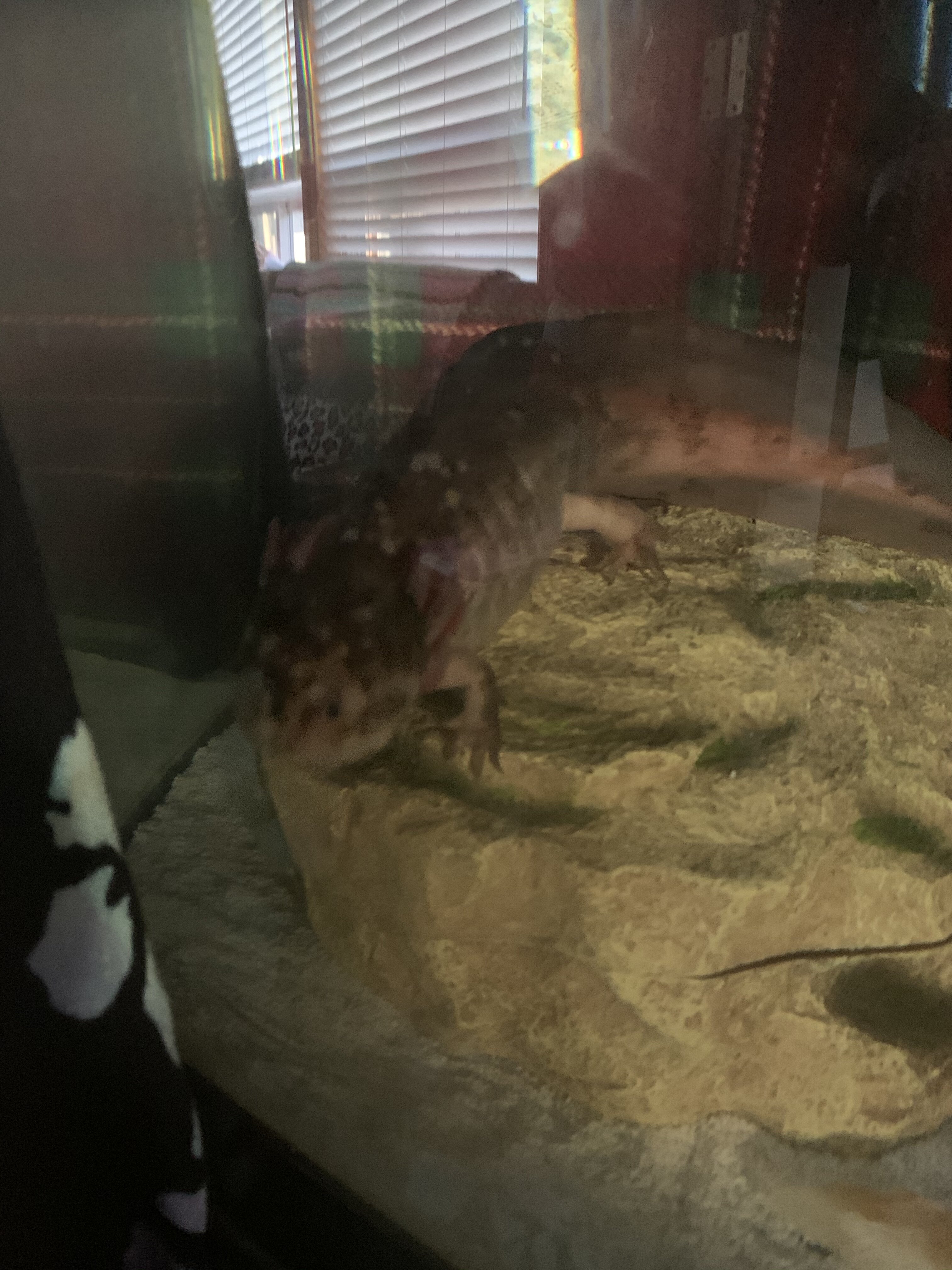 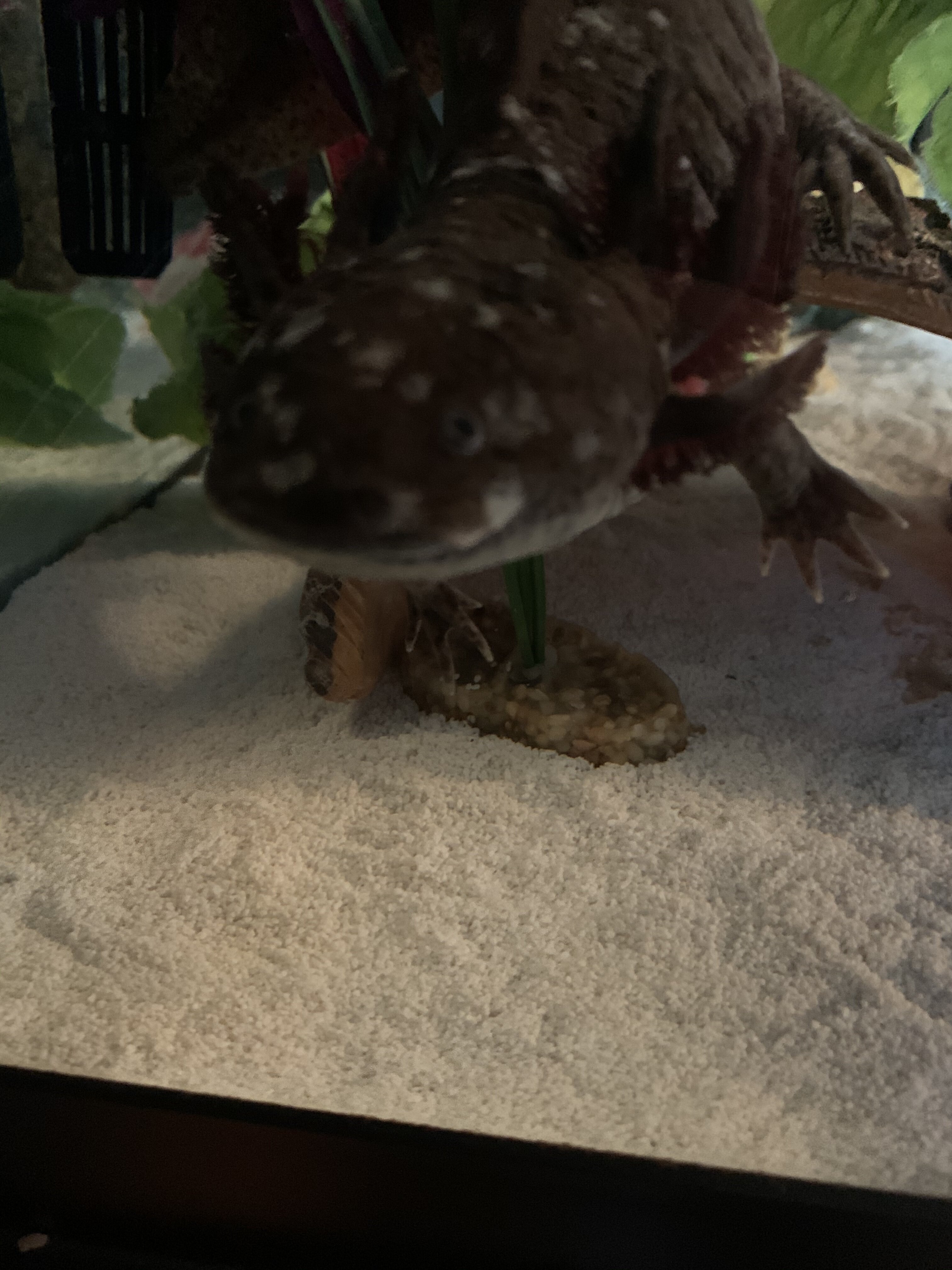