First attempt at a fire salamander tank. Trying the bioactive approach with a temperate forest flair. Rimless 17 gallon and LED strip light with hydroton base layer, topped with ABG mix. Added springtails and a few isopods, which seem to be proliferating well. Might add a few more isopods shortly. Pillow moss for the ground cover in the front and terrestrial baby’s tears for the top part with a couple fern varieties and some ivy. The first three pics are about 4 months in, while the last was taken recently right after misting (hence the blurriness). I’ve added a polycarbonate lid that covers all but a 6”x6” cutout where the branches protrude. Temps are steady in the mid-to-high 60s F. I was hoping they would use the cave in the front for hiding but so far they seem to prefer to remain partially hidden under the “tree”, and will come out when nightcrawler pieces are dropped in. 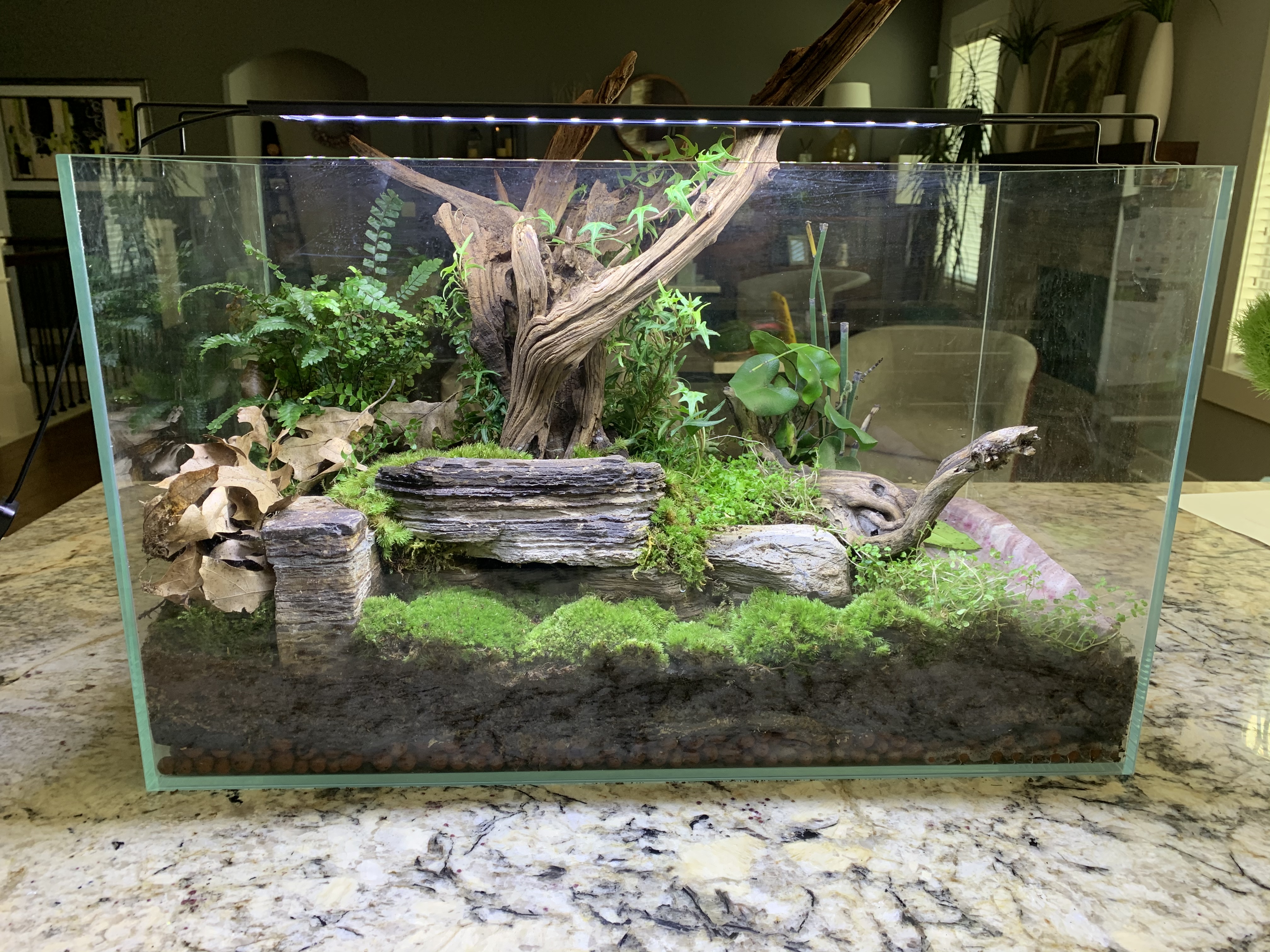 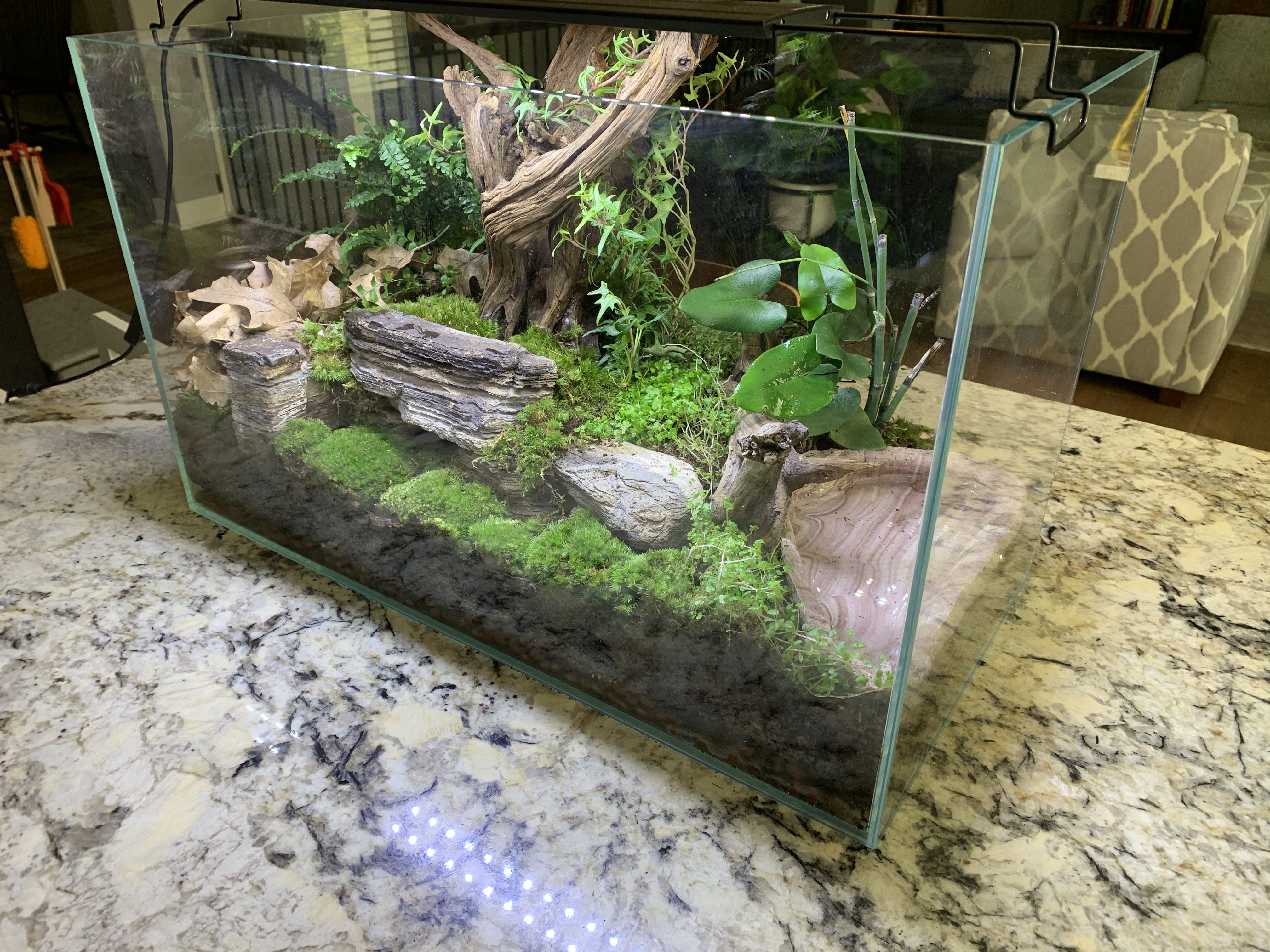 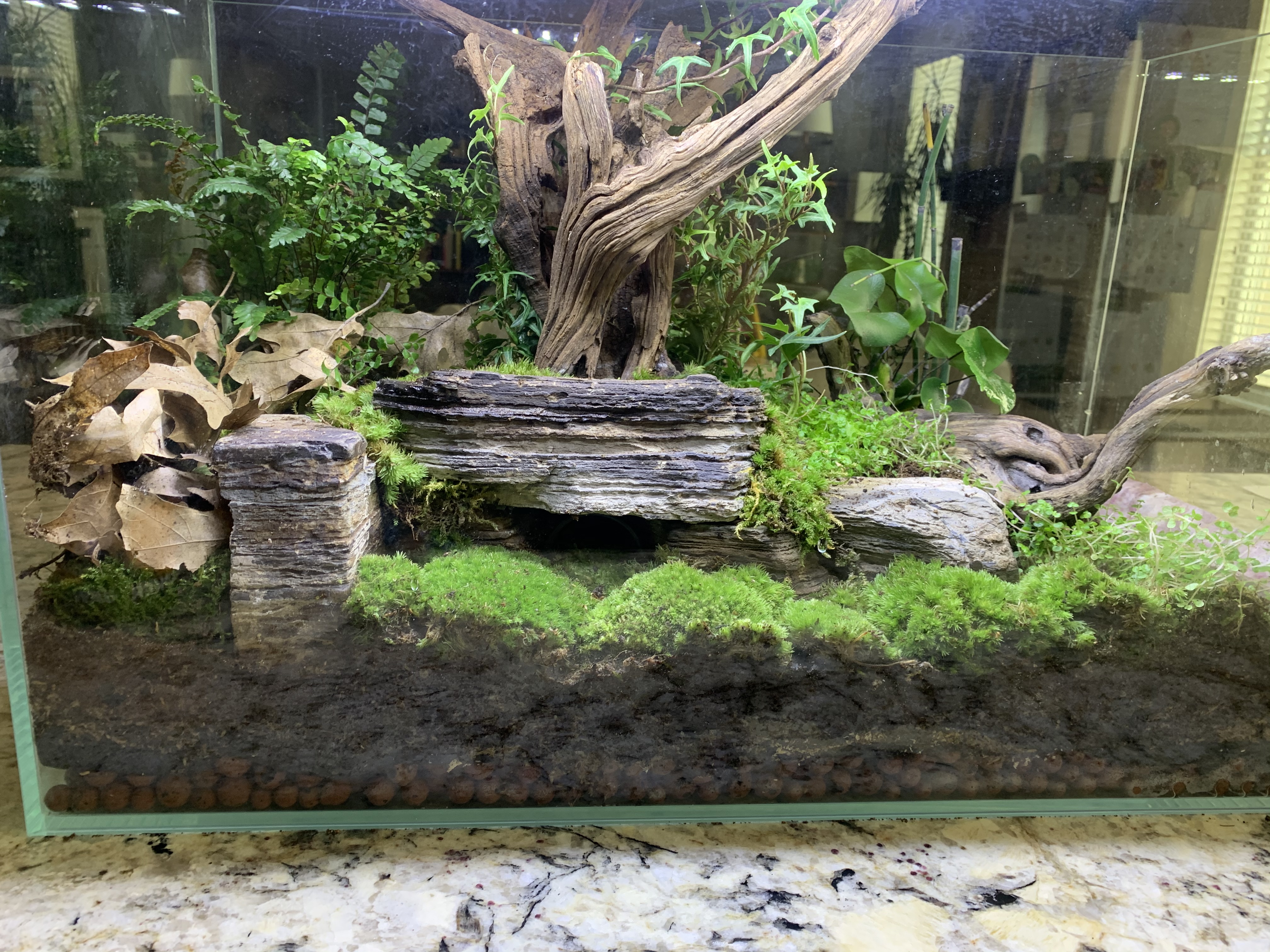 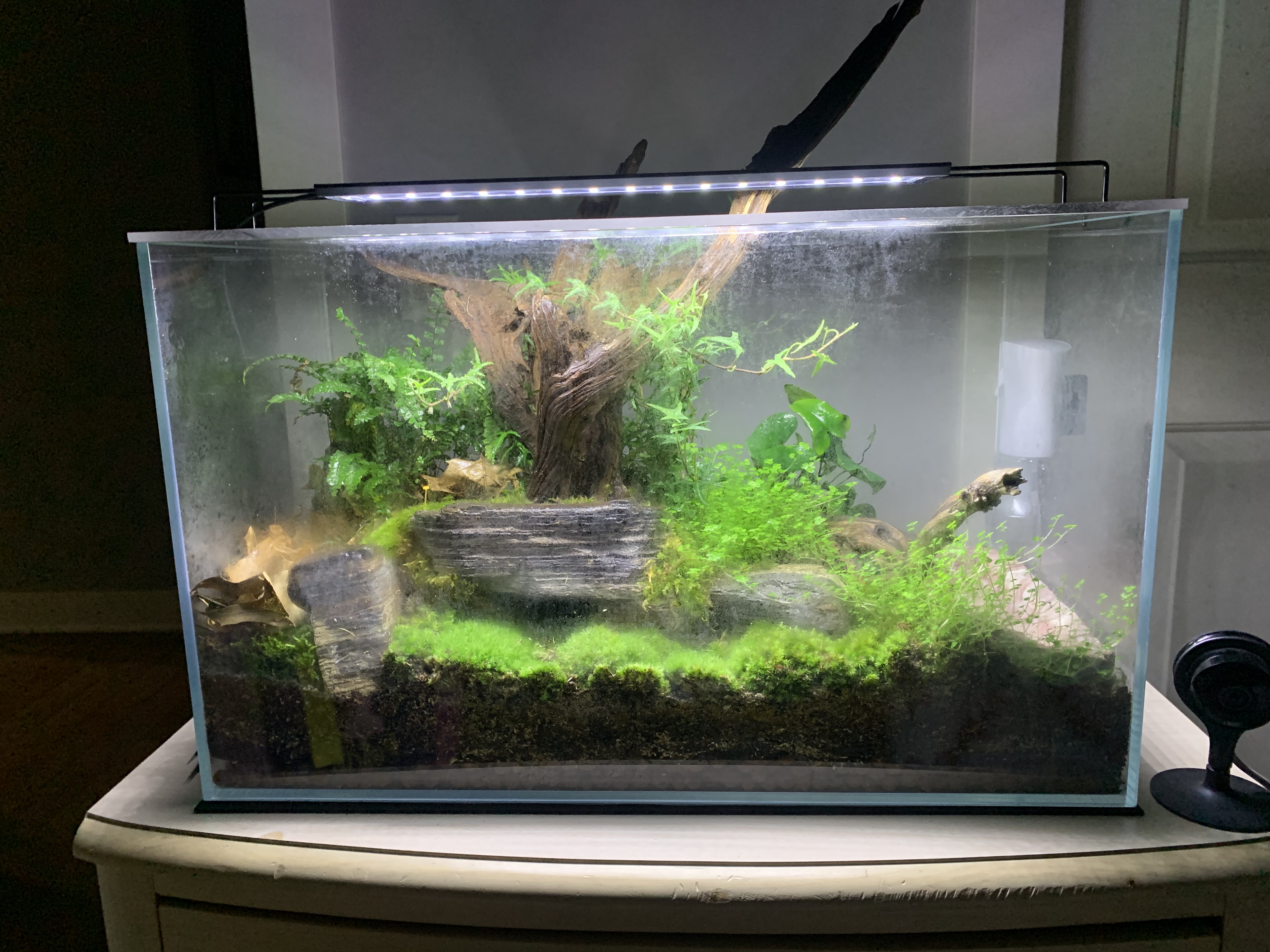 Beautiful tank. I'd be careful about how tightly the lid fits around the protruding driftwood portion. Newts and salamanders have a way of finding the smallest escape routes and are much better climbers than expected.
V

This is absolutely beautiful! What sort of wood do you use, and do you have any recommendations? I'm about to build my own tank <3
B

voidwalker said:
This is absolutely beautiful! What sort of wood do you use, and do you have any recommendations? I'm about to build my own tank <3
Click to expand...

Thank you for kind words. Honestly I’m not 100% sure on the wood. I’ve had the three pieces I used (gel super-glued together) for years just sitting in storage. I’m not an expert on wood compatibility/safety but I swore there were some resources on here on the best varieties. Now that I’m looking though I can’t find them of course.
You must log in or register to reply here.
Share:
Facebook Twitter Reddit Pinterest Tumblr WhatsApp Email Share Link
General chit-chat
Help Users Options