By late May S. s. terrestris larvae in this region are between 5-7cm in length and nearing metamorphosis. Larger specimens already display black and yellow pigments with reduced gills. Larval size varied between sites. The largest and nearest to metamorphosis were found in permanent water bodies with a rich diversity of aquatic invertebrates and hence the greatest food supply. The smallest/thinnest larvae were found in shallow temporary water bodies presumably for the opposite reason – no permanent aquatic prey items were evident.

Some starting to show colour pigments:

Adult S. s. terrestris are particularly elusive at this time of year and as the summer approaches hide themselves deep into the forest floor, under rotting logs and bases of trees etc. Nocturnal searches around deposition sites, even on wet days proved fruitless. Adults were only found by turning logs. Near roadside sites dead adults were often seen flattened on the tarmac. Day time air temperatures ranged from 22C – 34C, although much cooler on the forest floor (sadly the only thermometer I had was on my car). Evening temperatures seen ranged between 11C – 19C.
In forest habitats small shallow puddles (created by tyre tracks and even footprints) were utilized. Anything over 1cm in depth and out of full sunlight was considered appropriate. Slow running, shallow water was also used.

Larval density varied between pools; some containing single larva and others containing 100+. Pools closest to the forest edge tended to be the most densely populated, pools in open spaces with little or no surrounding vegetation were least popular. My initial thought was that larvae in such shallow pools must surely die as water evaporated. None were particularly young however and some quick experiments showed that if removed from the water their well developed limbs were strong enough to carry them quite a distance at considerable speed. It is conceivable to me that advanced larvae can make short journeys to neighbouring puddles rather than perish. This is just supposition though. Recent rainfall would suggest that the small pools were not created by evaporation of larger pools. Larvae were found in puddles containing around half a litre of water, not much more than a cup full – either they were deposited there or have somehow moved there during the course of their development.

The larva from above puddle:

Count the larvae - example of larval density. This water is approximately 1cm deep.

Whilst population size, based on larval numbers, was far greater in forest habitats, S. s. terrestris was also found in good numbers on agricultural lands and within the built environment. Livestock pools, water troughs and roadside drainage ditches were all used for larval deposition often within close proximity of human habitation. Some roadside water bodies had thick films of oil sitting on them - pretty undesirable for amphibians, and yet the larvae still appeared to be thriving.

In deeper water bodies S. s. terrestris close to metamorphosis were observed to float at the water surface, possibly due to gill reduction (?). It appeared to me that they become somewhat more buoyant and struggled to dive when frightened.

Some other animals sharing S.s.terrestris habitat:-

Tadpoles - not sure of species

This one was a giant:

And finally the patient herper himself:

Awesome herping account Mark, very interesting to read and view, thanks for sharing! France is indeed a wonderful country to observe S. s. terrestris, among others

That's so cool. How did you know that place? Did you know the people, or do you just go around crashing peoples' farms?

Lovely set of photos Mark, thank you
I´ve also seen large densities of S.salamandra larvae, it´s astonishing how common they can be when the habitat is right.

Fantastic account Mark. You did really well - I imagine it was hard to come by some of those (like the Slow Worm)? Makes me sad I didn't try doing something like that a few years ago.

5/5 thread rating! Thanks for sharing.

Dawn – no farm crashing. My in-laws have a house in the area. We’ve visited a number of times and know the area well enough to explore with confidence. Rural France is awash with water bodies and an amphibian fans’ dream location. When darkness falls the countryside seemingly erupts into a cacophony of frog chorusing. I think I might move there...

John – slow worms are actually quite common in the region. I saw a couple of large whip snake (or something similar) roadkill and was disappointed not to find a live specimen.

Mark,
Brilliant thread with superb photos as always, with sals close to my heart.
Thanks for sharing them.

Can the tadpole be R.temporaria? It kind of looks like some i´ve seen....

Lovely account and photo's too. Seeing the sloworm brought back memories of them bathing on the banks of the river at my grandfathers farm.

Those Rana tadpoles could be Rana ridibunda. It's in the area and its tadpoles get pretty large (not American Bullfrog size but large).

It's very possible, John. I have large hands - that tadpole is well over 2 inches in length. Certainly the largest tadpoles I've ever seen in Europe. In fact my first thought was that they were actually American bullfrogs.

(PS - the tadpole in the container is not the same. It's from a different pool and is much smaller, ~1 inch.)

Mark said:
It's very possible, John. I have large hands - that tadpole is well over 2 inches in length. Certainly the largest tadpoles I've ever seen in Europe. In fact my first thought was that they were actually American bullfrogs.

(PS - the tadpole in the container is not the same. It's from a different pool and is much smaller, ~1 inch.)
Click to expand...

At that size I don't see it being anything other than Rana ridibunda. I am curious about the other tadpole - do you have any more photos of it?

Only a front shot:

It's not Bombina. It has to be a Rana. It's a very deep fin though - I didn't realise how deep the fins on those can be.

Hyla arborea are in the region and were heard calling in the field next to the house we stayed in. They have a distinctive barking/quacking chorus. I’ve found them there before but not this time. I could see the pools they were breeding in on Google Earth but couldn’t get to them without trespassing or being savaged by rabid dogs.

On a previous trip I left the windows open on the car one night and found one in the boot the next day. They must forage away from the pools outside of the breeding season.

My heart skipped a beat at the picture of Anguis fragilis.

Mark said:
I saw a couple of large whip snake (or something similar) roadkill and was disappointed not to find a live specimen.
Click to expand...

Great trip Mark, makes me so nostalgic ...
I beleive you are referring to the Western Whip snake Hierophis (Coluber) viridflavus,

I enjoyed that very much...I love spending time tooling around pools and ponds looking at the critters; could spend hours each day doing it.

aramcheck said:
Great trip Mark, makes me so nostalgic ...
I beleive you are referring to the Western Whip snake Hierophis (Coluber) viridflavus
Click to expand...

Hi Aramcheck, that is certainly the species I was seeing on the roads. Sounds like a bit of a handful!

They've just started flights to Limoges from Bristol so I think I'll go back later in the summer and look for these.

They are! A snake with attitude for sure, I searched google image and found a couple of interesting pix: 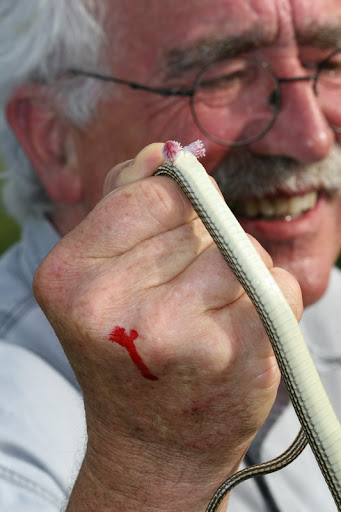 I am visiting family in Bordeaux, Toulouse and near Perpignan late August, I hope I can convince wife and oh so enthousiastic teenage son ("great, I haven't watched you upturn logs enough already")to go herping in each location!
You must log in or register to reply here.
Share:
Facebook Twitter Reddit Pinterest Tumblr WhatsApp Email Link
General chit-chat
Help Users Options
MotherofAxolotls: @HalfDrunkToast is their a price that could change your mind? 🙂 +1 Today at 3:48 PM
Chat 0
Top