I think my newt tadpole just died... Anyone know why? 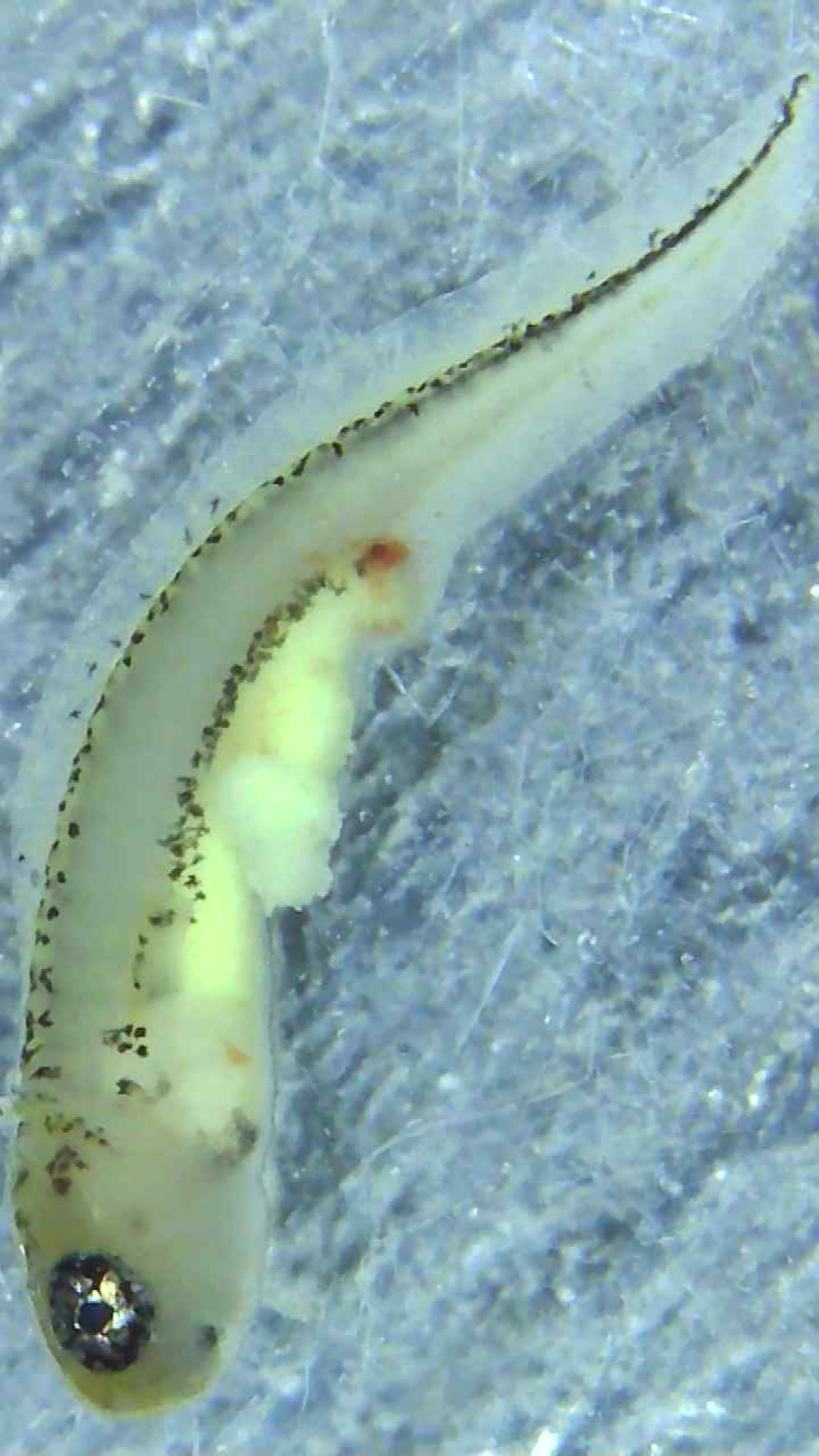 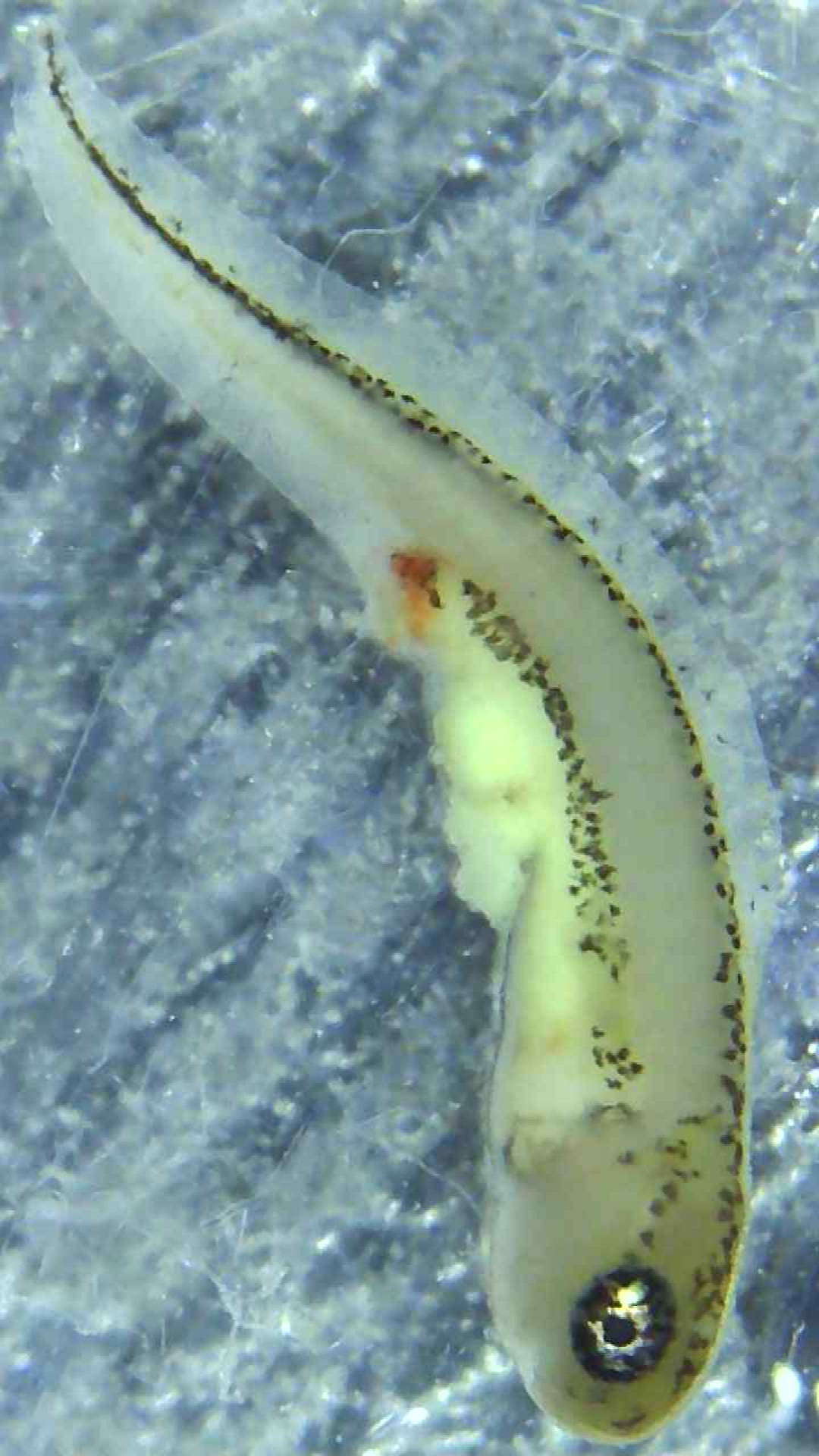 So, last week, I found an egg among my plants that hatched into this beauty, but over the past several days, it has been getting the odd red spot here and there on its underside, coming and going, as you can see here. Today, I woke up to find it with its back arched and not moving. Upon closer inspection with a microscope, it looks a bit like its guts have burst out or something. On the off chance they haven't, and it's not really dead, I'm still keeping hold of it, but usually, it would wriggle in the net once moved, and it hasn't moved at all today, so ai don't rate its chances that much.

Does anyone know what could have happened to it. I have another in there at the moment at a slightly later development stage, and I don't want the same thing happening again to that one.

OK, so it's literally only a few hours later, but I was doing a water change and went to check again, and already some kind of mould has started growing on it. Is this just the decomposition process starting already, or is there something seriously wrong with my water? 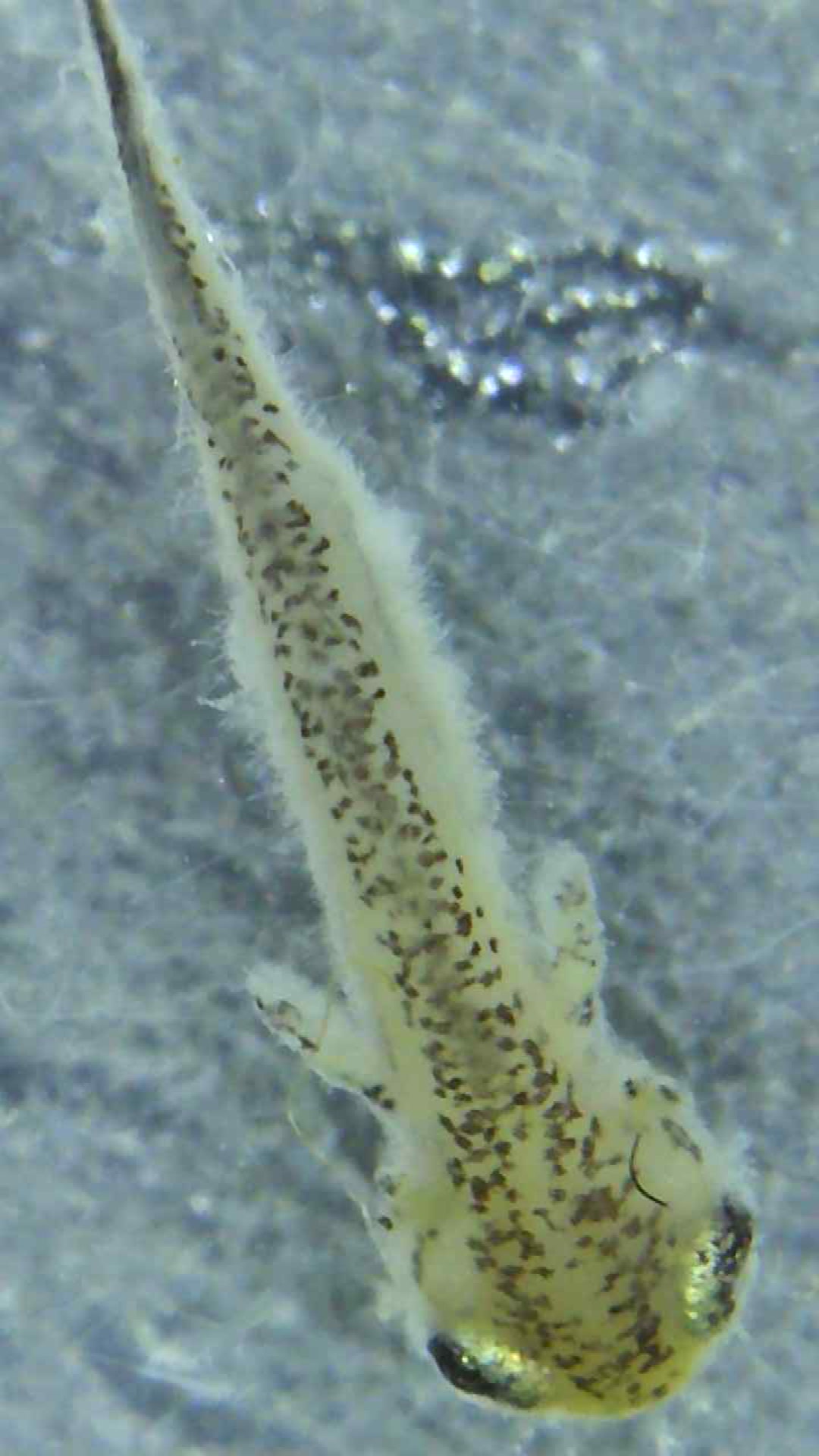