Hello all. Saphron, one of my son's axolotls, has quite a kink in her tail. We have had her since 6 months old and we can't think of a time she didn't have it. It looks like it's gradually got worse, however I am wondering if this is just that it has got more pronounced due to her growing. Something to worry about would you say, or just a developmental thing? It doesn't seem consistent with the stress-related tail bend I have read about. The tank was fully cycled and she is healthy otherwise, and very well looked-after. Any advice / reassurance much appreciated. 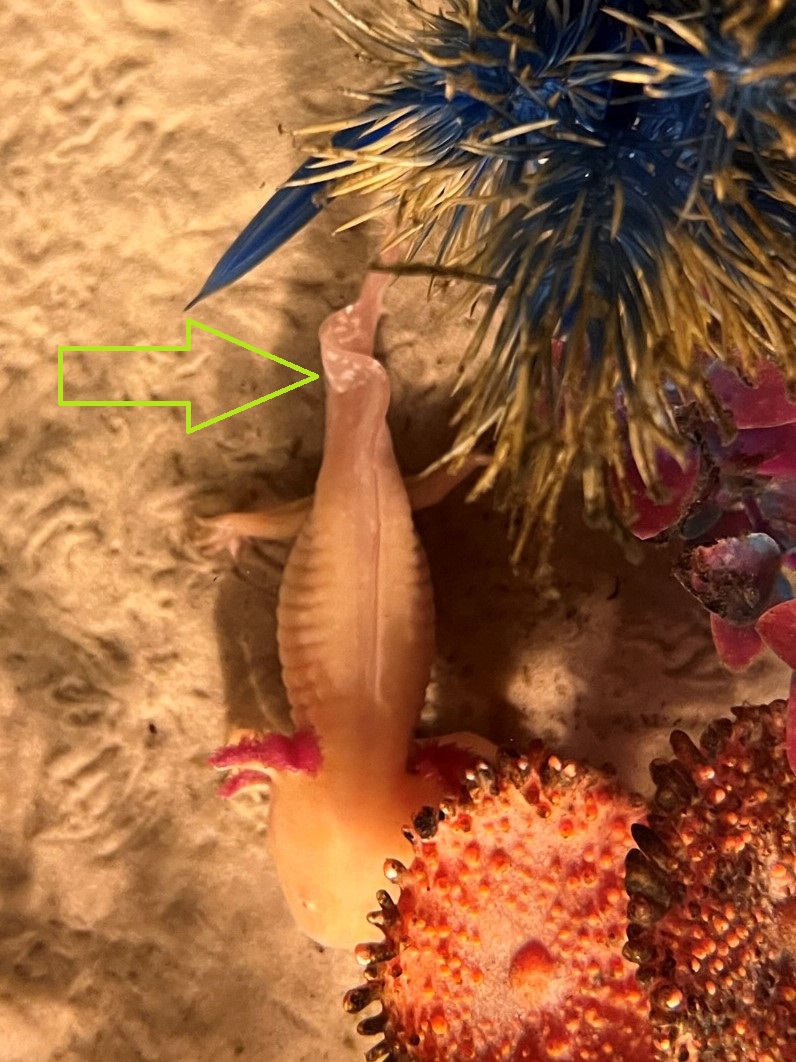 to me it looks like dwarfism (kinky/wavy tails can be a sigh of this). Dwarfism is a genetic condition which causes a foreshortening of the chest area and a smaller than usual adult size. Limbs may also appear shorter than usual, although the axolotl's fingers and toes keep a normal appearance. A dwarfed axolotl is one whose growth stops before reaching adult size, which can be the result of genetic issues (often due to inbreeding) or stunting due to poor husbandry. Unfortunately, they can only live for 5 to 6 years. Defiantly worth reaching. 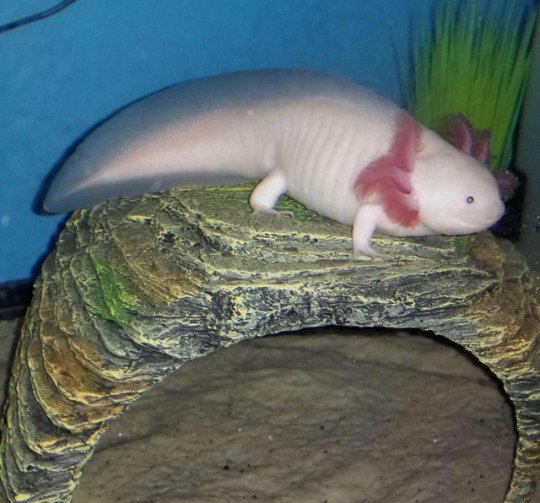 There bodies look out off proportion, and they are smaller. 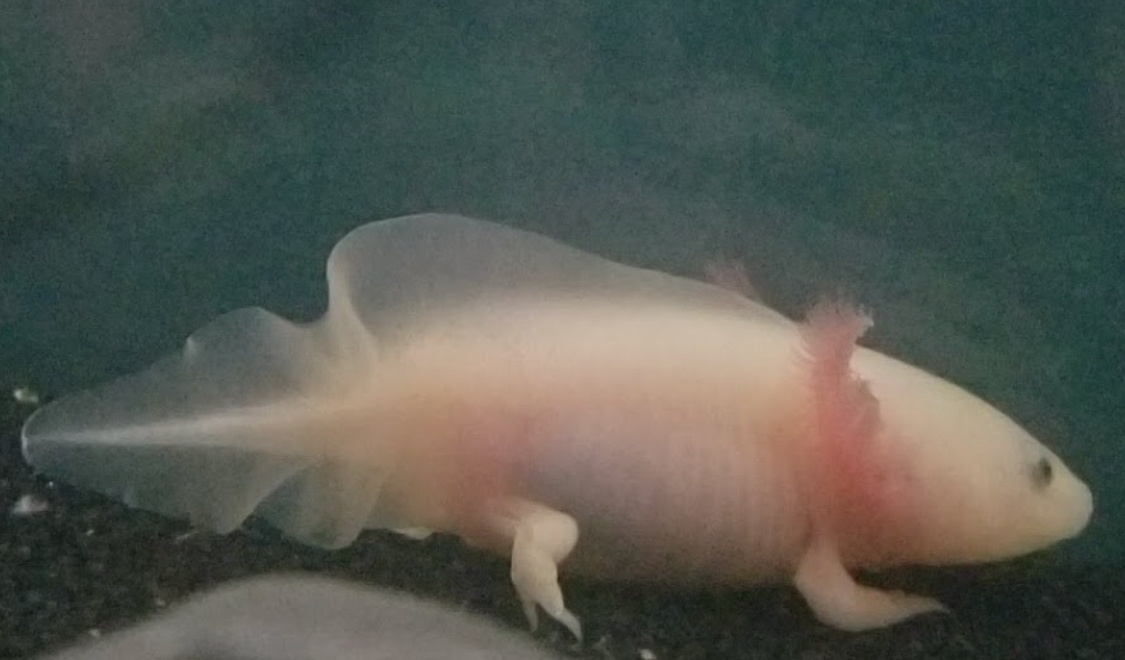 This is an extreme case but it was the only picture I could find.