I've started building on my C.orientalis biotope. After researching the biotope and getting an accurate list of plants both emersed and submersed I started looking into the technical side. I only have room for a 45x45 cm paludarium, so I need to think things over and save room where ever possible. I did choose to place a pump inside the paludarium though, because I wanted to try and create a drip wall, but didn't want any water or filters outside of the paludarium. Also I wanted to go as low-tech as possible.

I've started with a false bottom:

Because I wanted to be able to reach the pump for maintenance I had to create a way in, so: 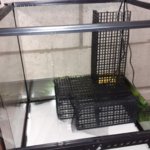 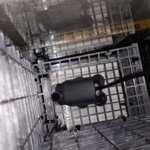 When this was done I couldn't help myself and start to experiment with the hardscape to get a good idea and feel for how everything was going to look. It's not definitive yet, but I really like how it looks. It does still take some imagination to see the potential...

And today I got everything out and started to work on the background. I'll be adding foam later on.

I'll keep you all updated on the project. Next step will be to foam the hardscape to the false bottom, cut it to size, smear it with silicone and add coco fiber and bark.

The silicone seemed dry. At least everything stuck together, so I decided to take the next step and start foaming.
To be honest it's shocking to see your hard work being covered in foam, but I should be able to carve away any excess foam once it's dry.

I still need to finish the rocks in the back and the background, but the foam wouldn't stay put. So I'll wait till everything had dried up so I can put the paludarium on it's back again and finish the background.

Let me know what you guys think.

I've never done anything like this, so I'm enjoying watching it develop!
C. orientalis don't tolerate warm water very well, do you think heat build up from the pump will be an issue?

Chinadog said:
C. orientalis don't tolerate warm water very well, do you think heat build up from the pump will be an issue?
Click to expand...

Haven't really considered that that might be an issue. But guess it won't get that hot.

Unforntunatly I've ran out of foam, so I've been waiting the last week for a new can to be delivered. It's mainly the background that needs a bit more foam, both for shape aswell as for hiding the tube for the drip wall.
I've already used 1, 5 can. It's nasty stuff, if you ever want to attempt something like this make sure to wear gloves! I was ignorant and adjusted a bit with my hands after spraying and one week later I still have some black spots on my hands.

I've carved a lot of the foam on the first day. Another important tip btw. is that you wait with carving after letting it dry for at least 20 hours or so. I carved a bit when it looked dry, but underneath it was still sticky. So just me patient (I usually ain't as you can see, so learn from my mistakes).
Got a pretty bad headache after the first day of carving, not sure if this is because of the foam, but it might be?
Anyway, since then I've carved little pieces every day that I didn't like or when I had to make room for plants. It isn't done ofcourse but it's slowly taking shape...
View from the waterpart:

View from above the tank:

And this is the left side, which I might get into trouble with later on because of the overhanging rock. If so I might have to remove it and place it back later on after sanding. But I'll see how it goes.

Hope to give you guys a new update with sand and cocofiber on the foam soon enough. Should look a lot different then!

After 1,5 week my pond foam finally arrived. Nothing anyone can do about it, Corona makes no exceptions. Because it was supposed to arrive on wednesday I figured I'd order the plants already as that would probably take a half week to arrive aswell, giving me the time to finish the project and reducing the waiting time for the plants.
Weirdly enough the plants arrived 2 days later, and I still didn't have the foam untill the next day, so the plants are now patiently waiting on my desk.. 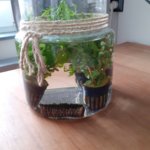 When the foam arrived yesterday I added the foam to the backwall and also installed my DIY drip wall (fingers crossed it works). This time I let the foam sit and cure for 16 hours (I learned from my mistake..). And started carving it the next day. 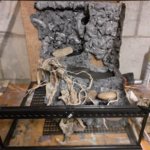 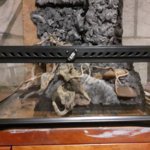 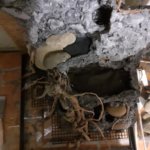 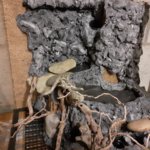 After I was done carving, It was about time to start hiding the all the grey in the tank by covering the water part with sand and the land part with cocofiber and bark. So I smeared everything with silicone and pressed the sand and cocofiber down into the silicone. The tank is currently still on it's backside waiting for the silicone to cure, but here are some images: 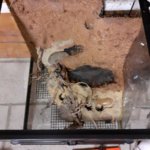 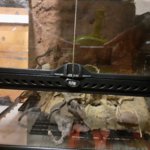 Today I did the second layer, which came down to covering up any grey spots that still remained. Now it's waiting for it to dry again... 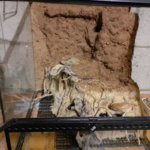 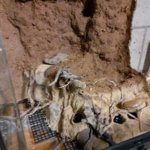 In the meanwhile I finished the soil for the 'dirted tank' in the water part. And also made a ground mix fron the land area. Tommorrow I'll be adding the soil and plants and test the DIY drip wall. I wonder how the water drops will fall, can't really know untill the moss has grown in. 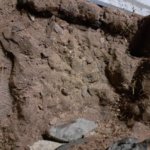 And after that is done I'll blend my precious moss and smear it onto the background using this dry start method.

If it's still a bit vague to see what I'm going for, maybe this will clear it up: 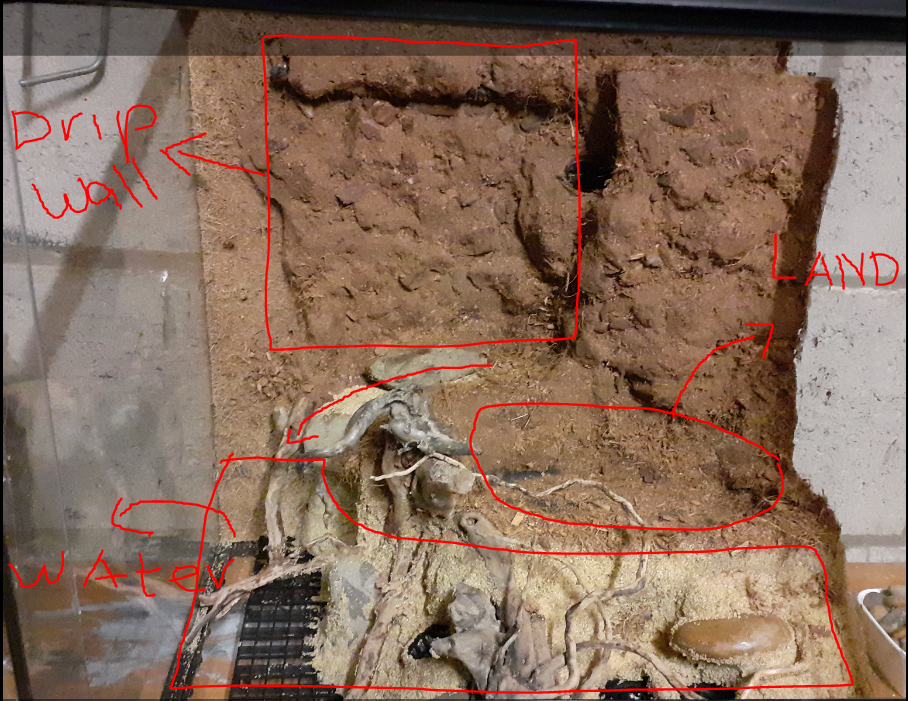 Today I removed a few remains of silicone from the glass and then added the substrate and sand to the water part of the paludarium (make sure to wash your sand to prevent cloudiness and cover all of your substrate). After that I carefully added water using a bowl so the water didn't get clouded. Halfway in I added some aquatic plants. The emersed plants haven't arrived that, so they will be added later on.

Now it was time to test the drip wall. Would the water slowly drip off the wall?

After the test I turned off the dip wall and started covering the background with moss. I did this with the 'dry start method'. Blending the moss with water and a bit of spaghnum moss and a spoon of yoghurt. I then smeared it on the background and will now spray it twice a day for the next 3-4 months hoping the moss will grow in naturally.

What do you all think of the result so far? Should I change anything? Will it be a decent home for a pair of C. orientalis?
Here are some more detail pictures: 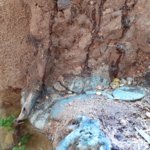 Just a little video showing the paludarium at the moment. I'm still waiting for the arrival of a few plants, mostly ferns (I love ferns! )
I've attached the moss to the background, the water is flowing down the background but I've put the moss in between the cracks of the background so it stays put. I hope it'll grow in nicely after a few weeks/months.

Really cool that you've put so much research into the biotope. What does the paludarium look like today? How do the newts like it?