What are these dark splotches on my axolotls belly? Bacterial infection?

Hi all, I've been worried about my axolotl Lavender ever since she got sick over the summer. Does anyone recognize what these dark splotches could be? Should I treat her somehow? 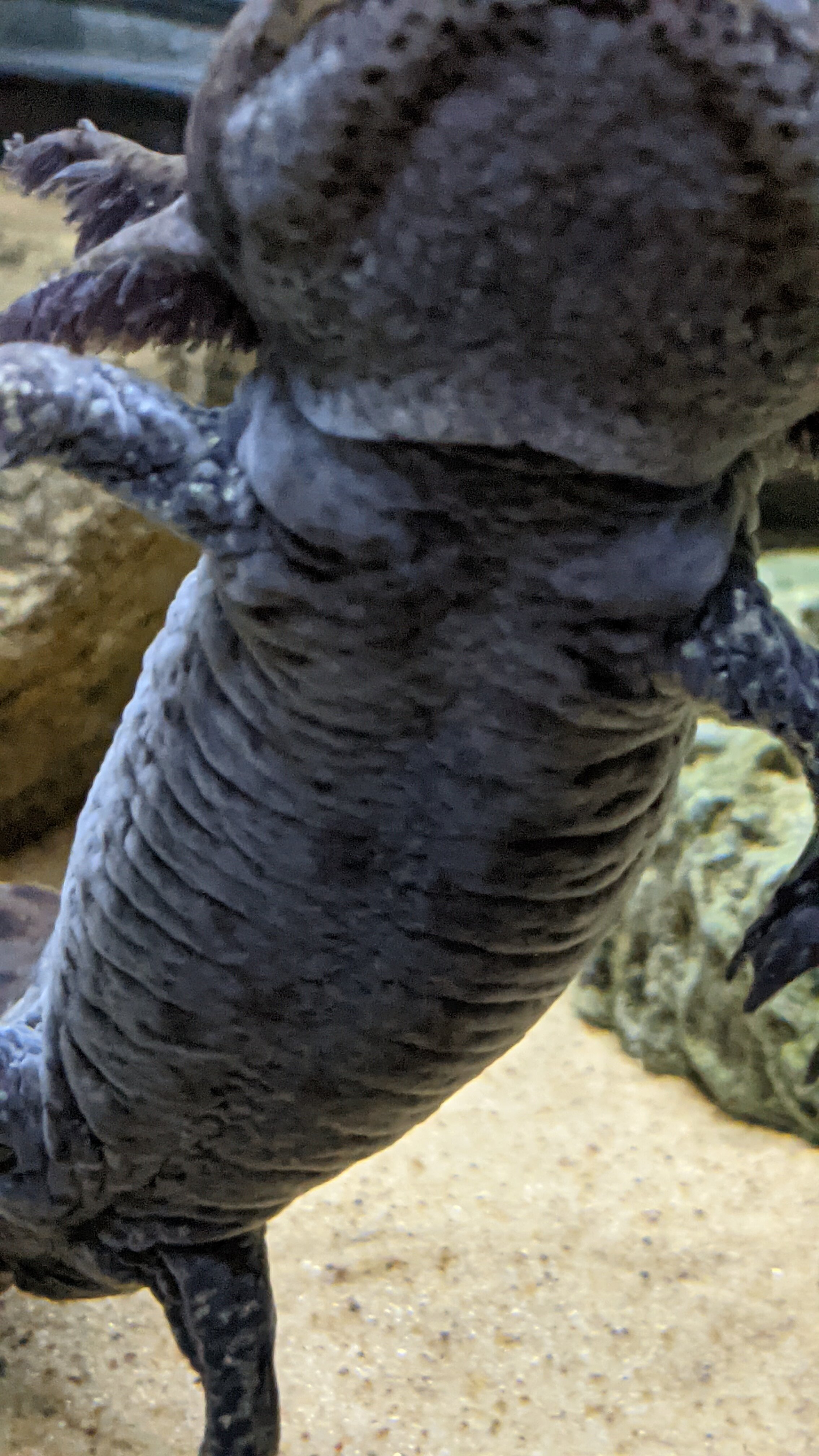 I only noticed them about a week ago, but she could have had them since July. Shes only just starting to act like her old self since she was sick and traumatized by people "helping" me with her while I was away. So she's only recently started to swim up and let me see her belly.

She's also been spending way more time barely moving all day and just keeping her belly against the sand. Nitrates are usually 40ppm when I do my weekly water change. 30 gallon long.

I added a divider and another axolotl about 3 weeks ago. I had him in a quarantine for 3 months before putting him in there, also he is much smaller so the bioload hasn't risen immensely. Filtered with an aquaclear75 and large sponge filter, also have a good amount of plants in there and some cherry shrimp culls. They eat mostly nightcrawlers, but I'll occasionally give them some salmon or repashy as a treat

It looks like just pigment to me. Your nitrates are a little on the high side though. A second water change in the middle of the week will keep them closer to 20ppm.
F

EllieWind said:
It looks like just pigment to me. Your nitrates are a little on the high side though. A second water change in the middle of the week will keep them closer to 20ppm.
Click to expand...

Thank you. I was worried it was from spending so much time stationary, but she's been moving around more now anyway.

Yes, nitrates are a constant struggle. I've been doing more smaller w/c, added some plants, and increased surface area of filter media. So hopefully that helps

Yes, adding some plants will help a little. Adding a lot of plants, especially rapid-growing species, will help a lot.

View top chatters
Open in popup
Sylvia88: FYI I noticed a white fluffy strings on his gills yesterday. And looking through the forum and... +1 Saturday at 11:27 AM
Chat 0
Top