Hello to everyone, this is my first post on the forum and I hope that you can help me solve this issue.
On June 14th I found my Axolotl floating on the surface a little inclined to one side. He was unresponsive, I tried to gently touch him with a spoon but he seemed dead at first, then I touched him a little harder and he moved only a few cm away.
Then I noticed a white thing sticking out of his mouth, and I immediately started to worry he could have chocked on some food.
For this reason I moved him to a little bowl and tried to remove the object with a pair of tweezers.
I was successful at first but then another thing (this time red) was sticking out.
His diet is freezed Artemia Salina and chironomus, so I thought he could have chocked on both things one at a time.
Then I proceeded to put him in the fridge with little water just enough to let him breathe, making sure he could touch the ground.
Yesterday morning I took it out of the fridge and it seemed fine, he could swim to the ground and walk on the sand, but when I gave it some food apparently he did not eat. Anyway, thinking it would feed at night like he did on other occasions, I went to sleep.
This morning (half an hour ago) I found it on the surface again, balancing on its sides, with some red spots on his "lips". I fear it might be the same problem as the other day, but I'm worried about his fasting.
I forgot to mention he is a juvenile, I took him from some eggs that hatched from a friend of mine.
Should I seek help from a vet or is there anything else I can try?

Thank you so much. 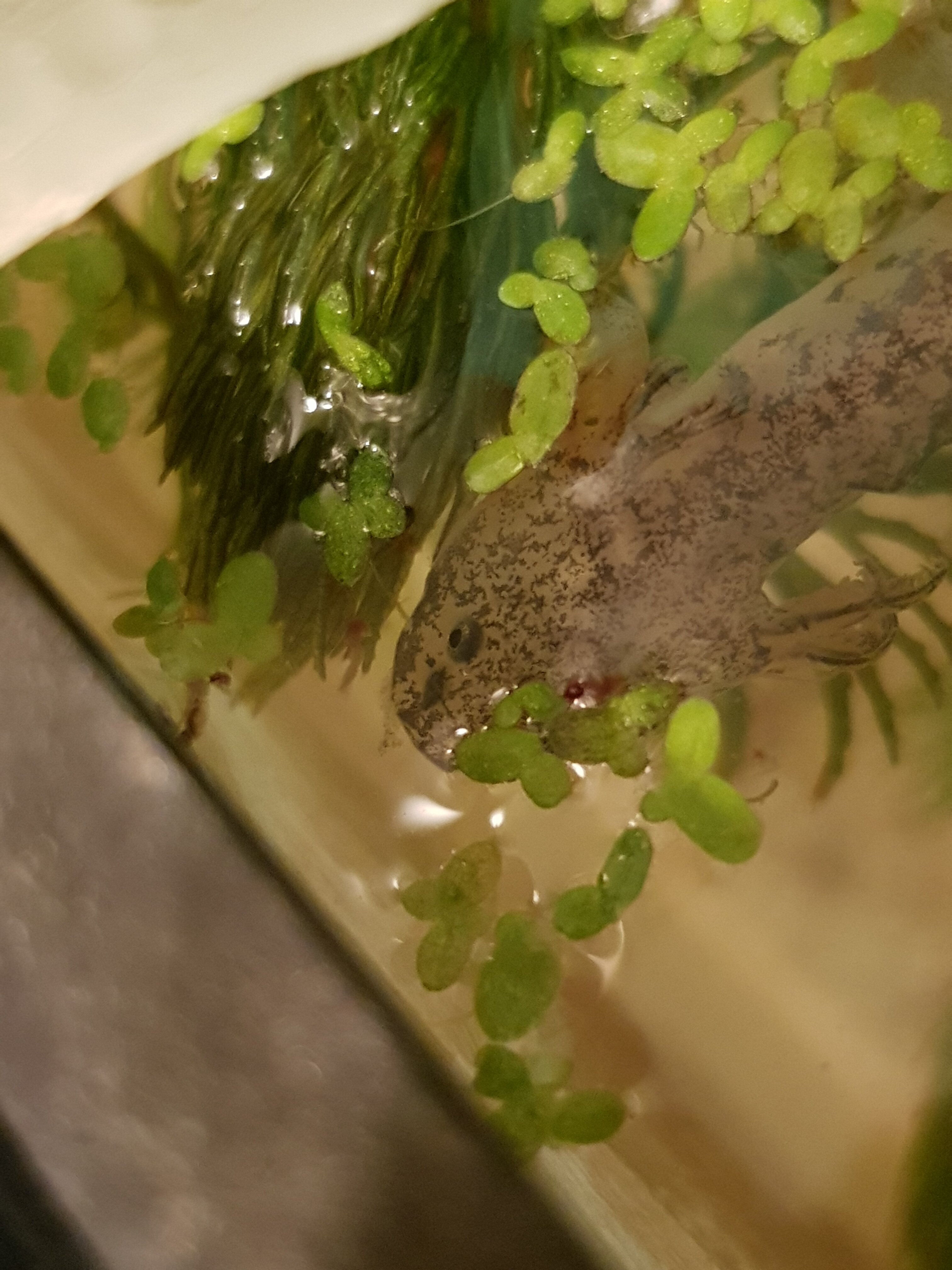 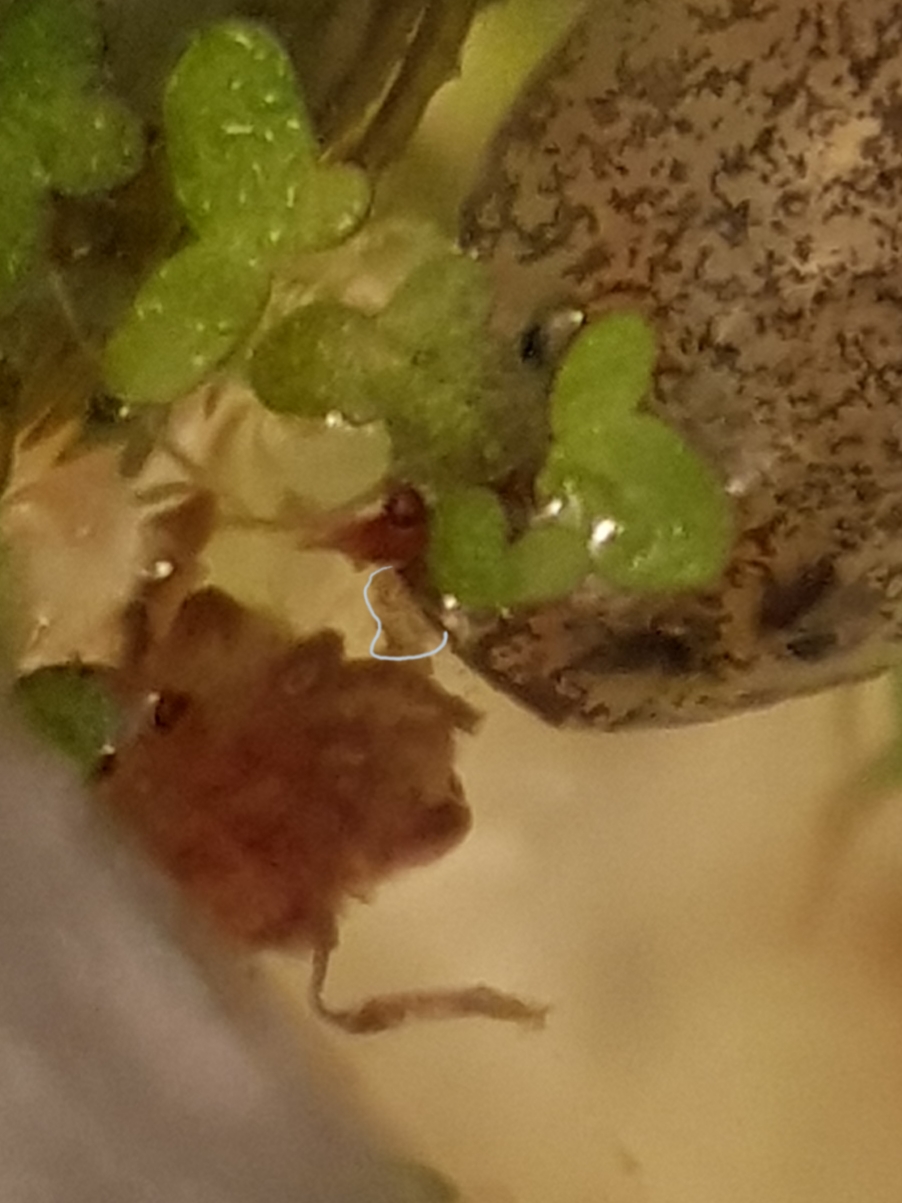 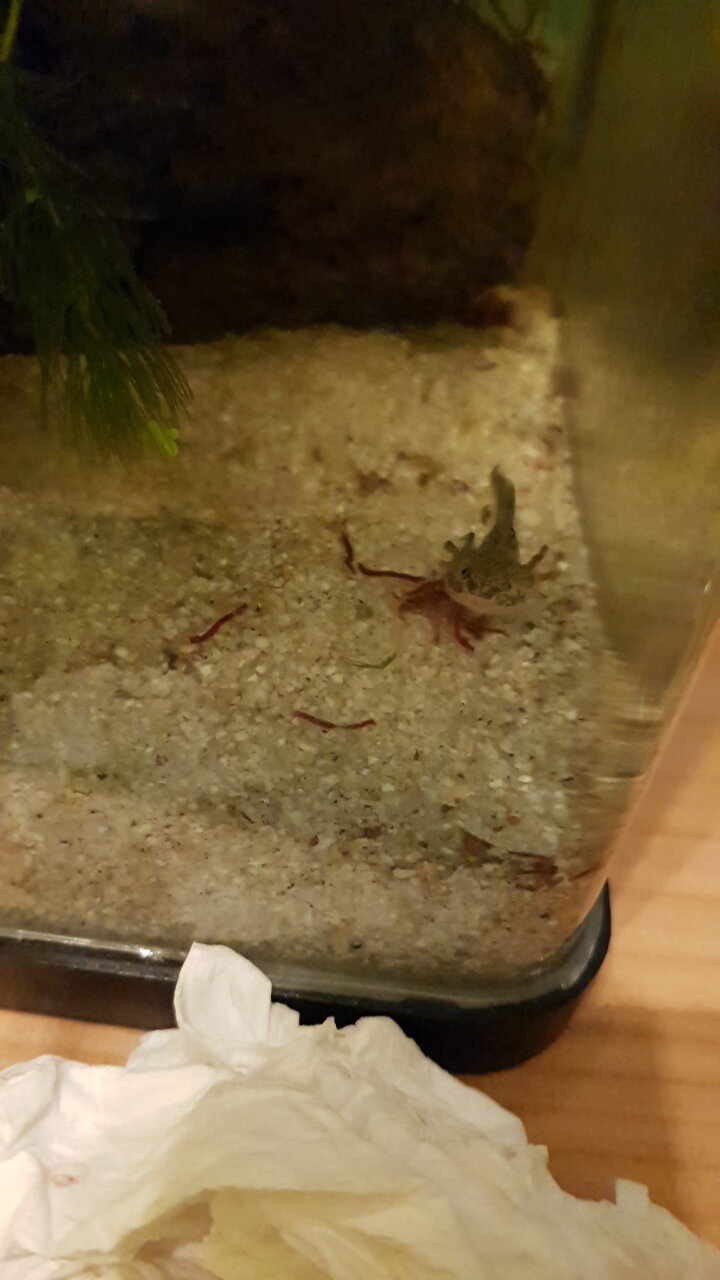 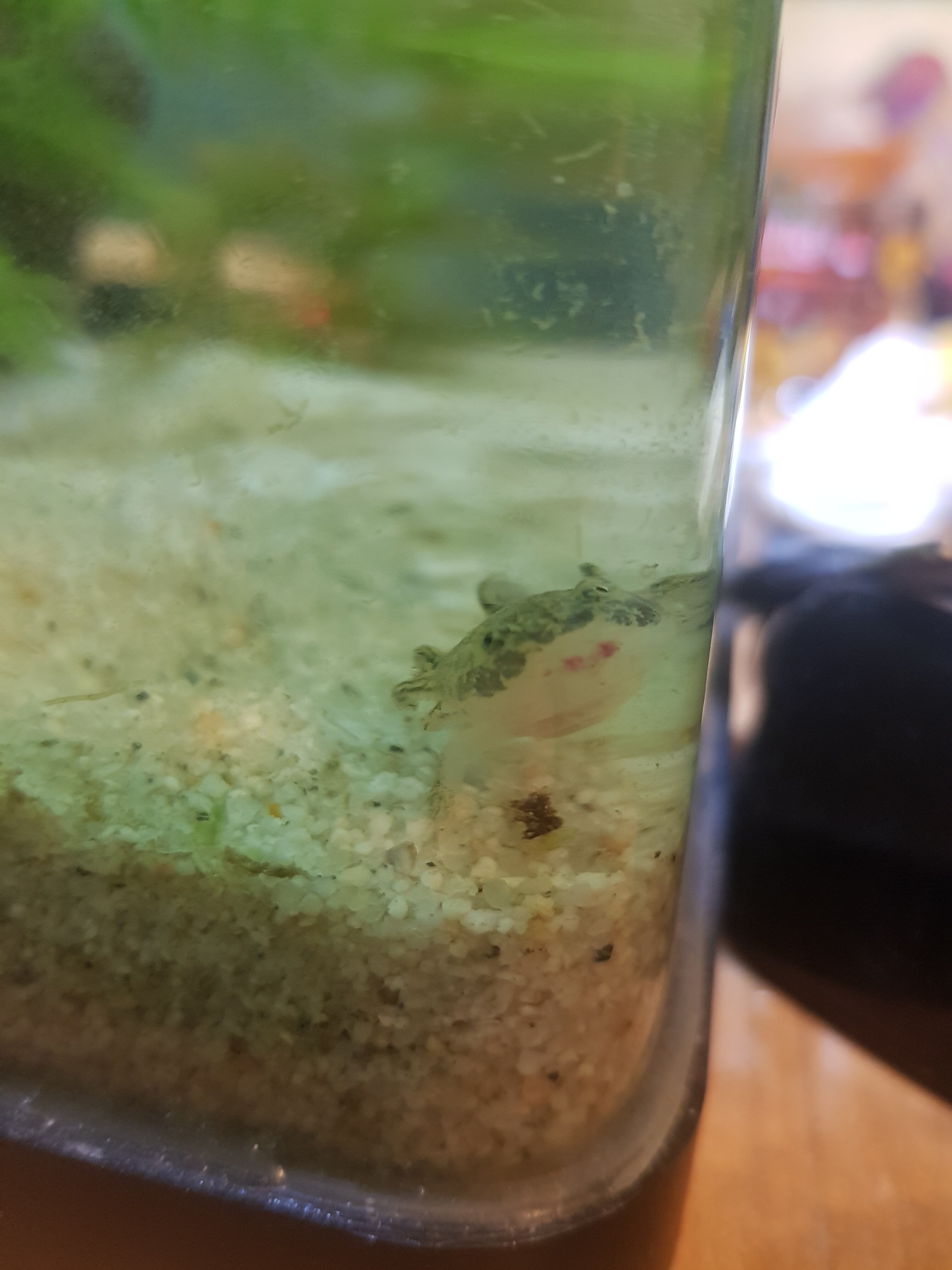 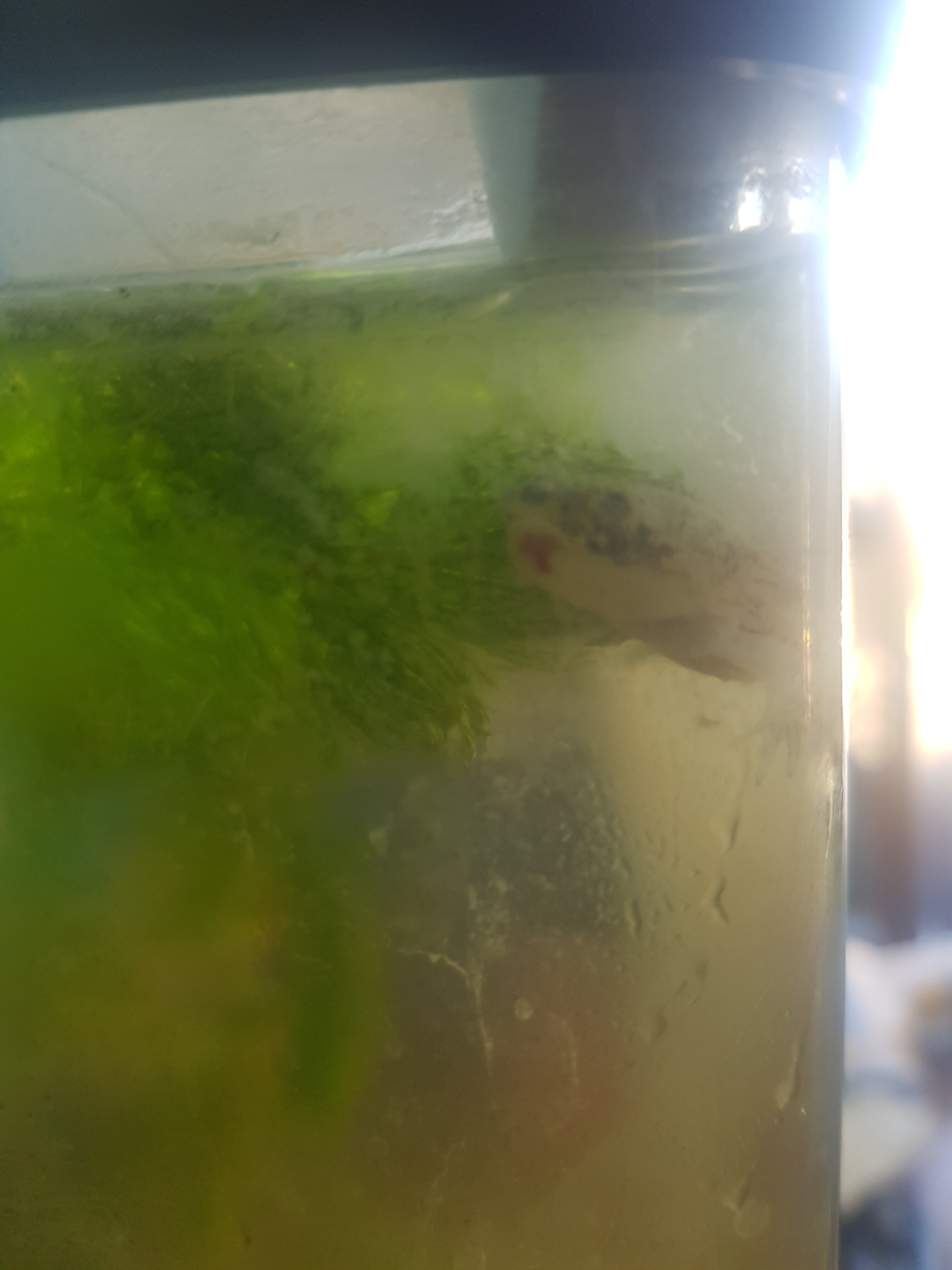 Update:
He was floating upside down and I took a picture of his belly... There is a black spot inside of him, here is the photo: 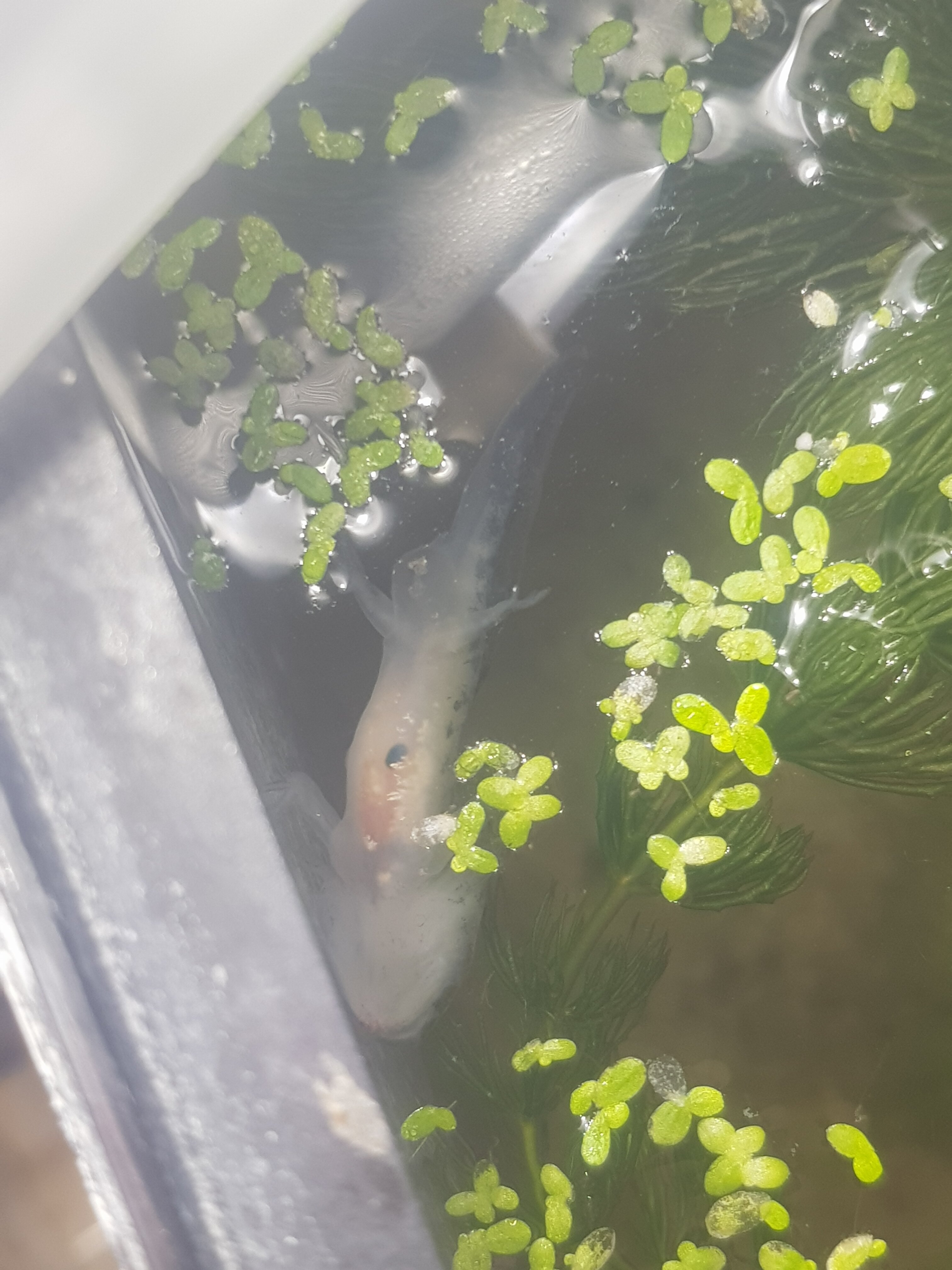 Farrafn said:
Update:
He was floating upside down and I took a picture of his belly... There is a black spot inside of him, here is the photo:
View attachment 88856
Click to expand...

One thing that I'm noticing is that the gravel in one of those pictures is probably a bit too big for him at the moment. Once he's an adult, he might be big enough to be able to swallow that gravel and have it pass through his system without a problem, but for now, it may be causing an impaction, which might be the cause of the dark spot and possibly even the red spots.

I also noticed that there appears to be something that appears to be algae-like? I'm wondering what your tank parameters are like, including the lighting situation, temperature, ph, ammonia, nitrites, and nitrates. The proper environment for axolotls should not generally leave you with algae, so something might need to be changed.

All that being said, some of the things you mentioned are pretty concerning. I would really recommend finding an exotic vet who can diagnose and treat axolotls.

View top chatters
Open in popup
jnerdx: Super rare but I was looking for an Iranian Kaiser newt. If anyone has any info please send me a PM +1 Thursday at 7:39 PM
Chat 0
Top