Hi, I am looking for advice as a new salamander owner. I've had him for a couple weeks now, and just upgraded him to a 5.5 gallon rectangular terrarium from a smaller tank. He's really small, so I think he's still a baby. What kinds of things should I put in there for him and what should I feed him? I got some Zoo Med Creatures Soil from the pet store, as well as a hermit crab "pool" I'm using for his water dish. I don't put a lot of water in it, though, as he's not a good swimmer. I've been feeding him dried flies from the pet store, but he doesn't seem to be eating them, so I've also been giving him small live earthworms. He seems to hide behind a rock most of the day, and only comes out briefly to splash in his water or climb up the tank walls. I'd also like to identify what species he is, if possible. I think he's an Atlantic Coast Slimy Salamander, and I hope I am right, as I read they can live up to twenty years! I've attached some pictures of him in his old tank so you can help me try to identify him.

Husbandry depends alot on the species of salamander. Keep in mind that salamanders are not display pets and are mostly nocturnal opportunistic hunters. From the pictures you provided I am taking a guess and saying you have a Plethodon glutinosus. Or "slimey salamander" I would add a couple inches of leaf litter and some flat stones and moss and keep the enclosure modestly moist. Do not expect to see the salamander much if at all they will be hiding 90 percent of the time. They really need to stay hidden to strive and be happy. As for feeding they will enjoy small live intertebrates. White worms. Chopped baby earthworms. Live fruit flies. Springtails. baby slugs. To name a few. Any other tiny insects you would typically find outside in leaf litter compost and under stones. Don't expect it to eat any dead or dried food products you might buy at a normal pet store. Hope my advice helps!
V

Thanks for the advice! Here's some pictures of his new, larger tank. I also added some flat stones to his water bowl as he seemed to get stuck in it. 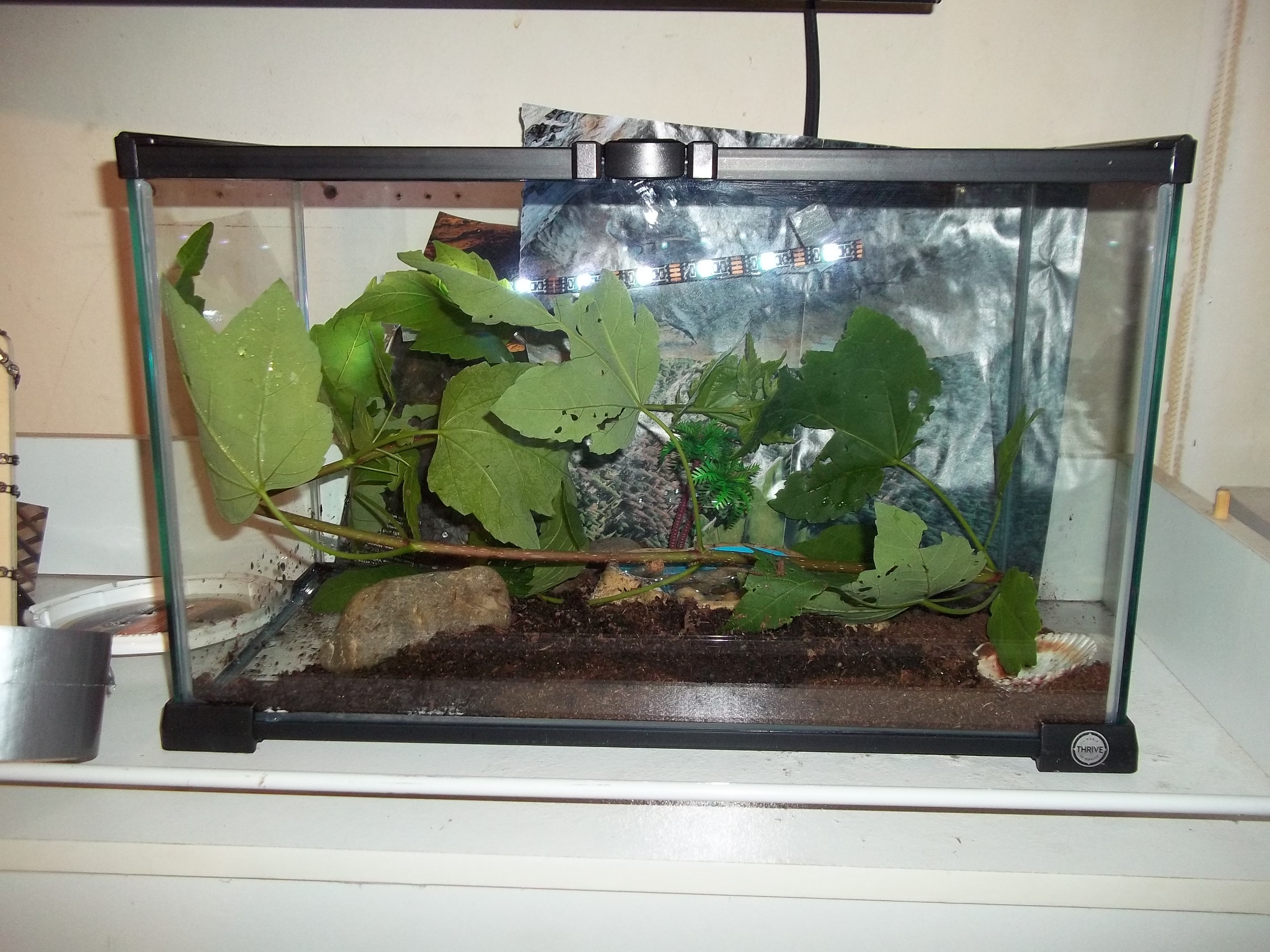 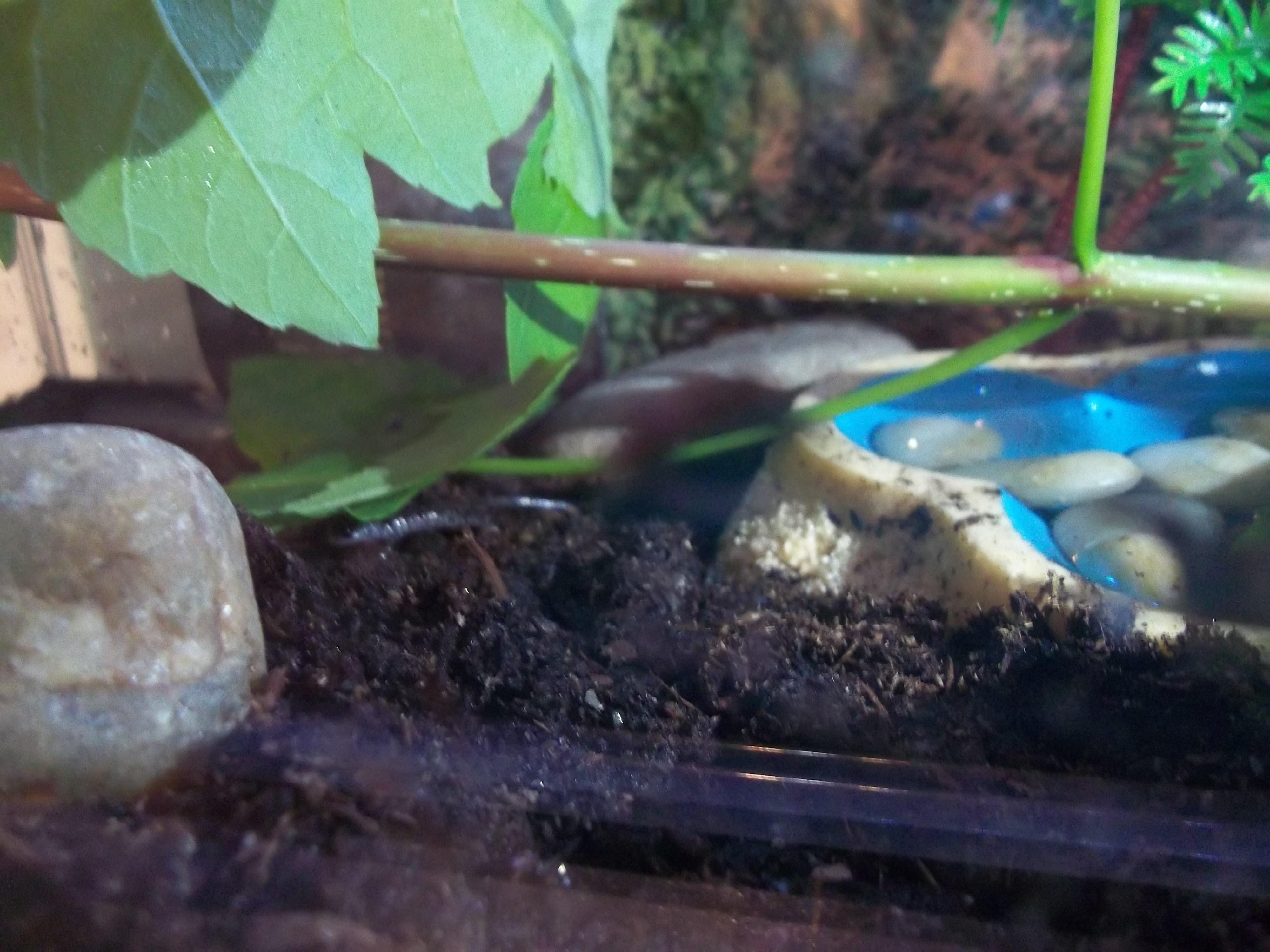 Here are a couple acceptional setups for this type of salamander. Although I usually just dump dirt handfuls of leaves and some moss and call it a day.

ndbug said:
Here are a couple acceptional setups for this type of salamander. Although I usually just dump dirt handfuls of leaves and some moss and call it a day.
Click to expand...