Recent Finds in the Shenandoah Valley

Since the last lifer-oriented outing I took with Bethany to West Virginia in June, I've been working here in Virginia, preparing for senior year, doing lots of econ, and only getting in very local herping, most of it in my county. But bouncing around the Shenandoah Valley and adjacent Blue Ridge this July has turned up several good finds, some old friends, some new and different.

Road cruising for snakes at twilight has yielded Copperheads, garters, and rat snakes, while on a recent hike at Spy Rock in the Blue Ridge, we found a few northern dusky salamanders, ubiquitous throughout Virginia, in a picturesque stream before making the arduous hike. The hike to the top of the mountain, though difficult, was picturesque, with grassy balds atop the mountain and a gorgeous view of the surrounding land. Curiously, the puddles on top of the rock had some tadpoles that are still a mystery, though my guess is either Upland chorus frog or eastern newt. Then, as we turned around to descend the rock, a summer camp group began its ascent, led by a guy....in an orange T-Rex suit (he must have lost a gargantuan bet)!! As Jeff Goldblum in Jurassic Park would say, "Life finds a way." Pictures are below. Enjoy everyone, and happy herping as we enter the dog days of late summer!

You can view my recent road cruising, salamandering, and some vintage footage of 2017 Virginia salamanders, including such gems as Yonahlossee and Northern Red, on my youtube channel at: https://www.youtube.com/channel/UC7yOTq5_QlOEMfdL3g1JQ8Q?

Great pictures! YOu must have been surprised by the dinosaur!

Thanks you guys! Definitely the best picture I've ever gotten of a garter snake, and yes, I was surprised by a T-Rex!!!

Nice Animals, Although I have never seen a specimen of the Tyrannosaurus genus, I still search regularly in the deep forests of the Smokies... Very elusive... On the other hand, I bet you haven't found this mammal yet... 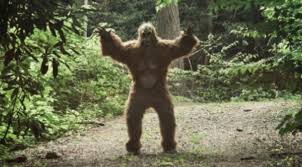