Transitioning to a New Aquarium questions

Hello,
I have 2 axolotls that Ive been hand raising since about 2 inches, initially in tupperware, but have sense 4 inches been transitioned to a 10 gallon tank, I recently purchased a 20 gallon tanks, however, and I was initially planning to wait until they out grew thier current tank but I found a good deal and figured i might as well transition them now. The only issue is I'm not to certain how transitioning between tanks should go? I have only one filter, an aqua clear 10-30 gallon filter that I always figured I would just use for the new aquarium but Im not sure how I would do that? Would I have to put the lotls in tupperware for the time it would take the water to adjust to the bacteria levels it needs or does that not matter since the filters already got its good bacteria in it? I have some quick start that I use regularly when I change out the water after feedings would that be okay to just put them in the new tank right away? Also I was wondering what I should put in the tank itself. Im planning to put all of the things I have in the old tank in, but I think that there are probably better hides that I can put into the tank since it will be bigger now.
C 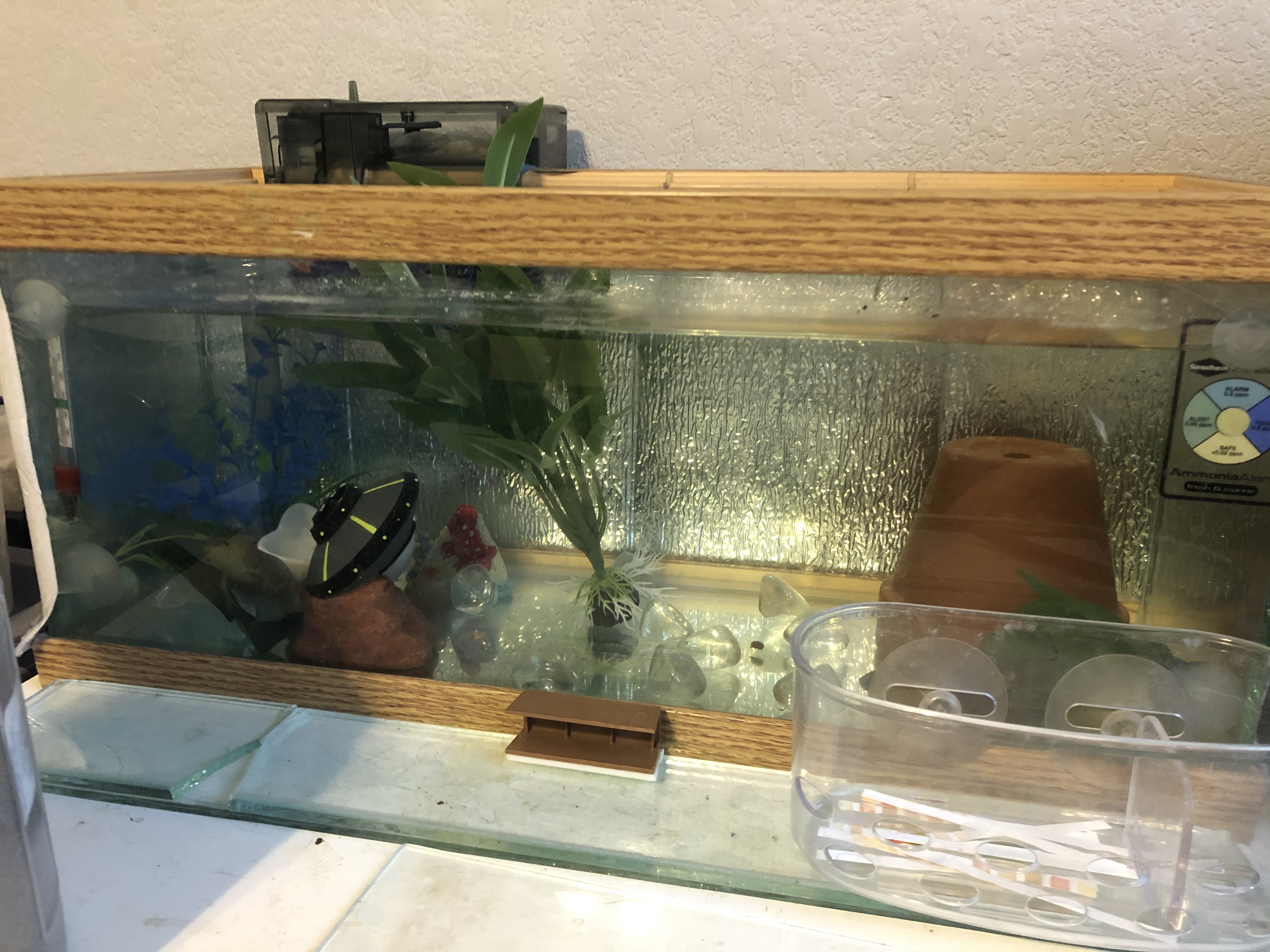 Here’s a picture of my current tank. It’s old though I’ve already cleaned the tank and fed them today.
C

Fill your new tank with cold water add dechlorinator.
Move the filter and get plugged in ASAP - no more than 15 mins unplugged - do NOT clean or rinse anything
Transfer all decor - do not wash
Transfer Axolotls
L

Calgarycoppers said:
Fill your new tank with cold water add dechlorinator.
Move the filter and get plugged in ASAP - no more than 15 mins unplugged - do NOT clean or rinse anything
Transfer all decor - do not wash
Transfer Axolotls
Click to expand...

And after this, keep monitoring the ammonia and nitrite levels, your cycle may possibly crash, and those levels will spike. If it happens you can use some product like seachem Stability to boost the benefical bacteria
You must log in or register to reply here.
Share:
Facebook Twitter Reddit Pinterest Tumblr WhatsApp Email Share Link
General chit-chat
Help Users Options
madcaplaughs: @Paige1warren You need to tub your axolotl and perform 100% daily water changes. Your tank is... +1 Wednesday at 6:27 PM
Chat 0
Top