what is this? nitrate fungus? need help! 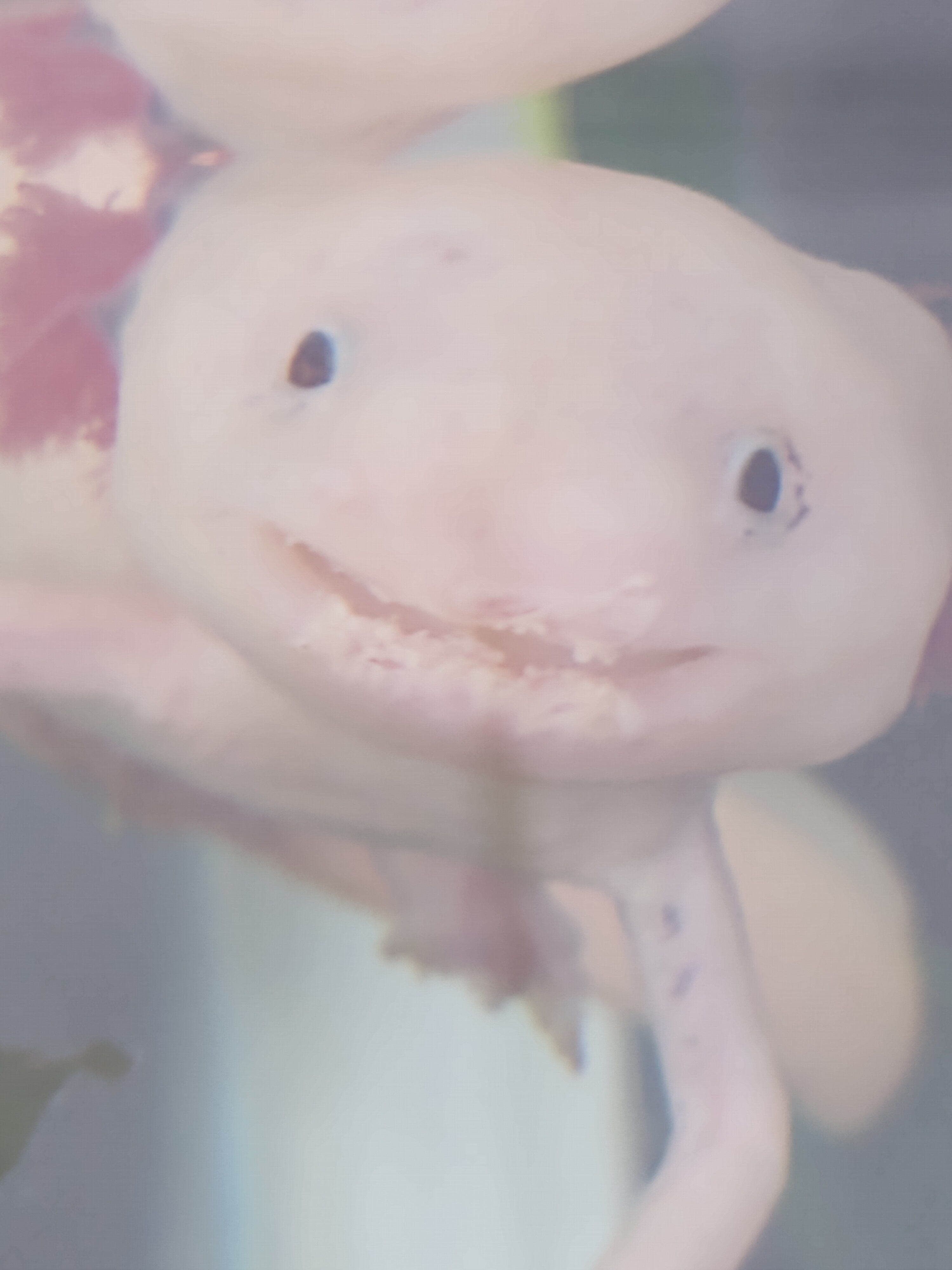 Oh my, I have no idea what that is! I really, really hope someone can get you an answer.

How old is your axolotl, can you give us more details, like tank parameters (ammonia, nitrites, nitrates, pH, temperature)?
J

EasternRomioi3 said:
Oh my, I have no idea what that is! I really, really hope someone can get you an answer.

How old is your axolotl, can you give us more details, like tank parameters (ammonia, nitrites, nitrates, pH, temperature)?
Click to expand...

he's a few years old, levels weren't too wonky besides nitrate off the scales, even after a couple water changes. it seems like a fungus. it's all over his hands, feet, and mouth. so it seems like the ground environment was too toxic.

I have him quarantined, doing salt baths. results are looking positive. not really eating, but he'll lunge at food.

but I need to get that tank back in shape. I've added more plants, a new filter on the way, I don't know how else to control nitrate. I've been seeing some posts on hydrogen peroxide treatment to tank, I just hope the new plants can take it

The only way to control nitrates is to do more frequent water changes. When my girl had fungus in October, I did a water change every other day, at least 50%.

However, you ordered a new filter? A second one to use? You can't just replace the filters. My girl now has two, both are cycled, one was her old one that was, of course, already cycled, then her second on cycled in the tank, it works well. Two sponge filters. Keep the old filter in! You're familiar with the tank cycling process, it can take like 30 days, and if it is messed up, fungus and all sorts of things, worse things, can occur.

Has anyone else replied to you about that? I've never seen fungus on the face like that.

Oh wait, the salt baths, how long is your axolotl? When I did my girl's salt baths, it was 2 quarts of water (cold, dechlorinated days in advance), and then I added 4 teaspoons of API aquarium salt, let it all dissolve, put an air stone in, hooked it up tot he filter, gave me girl a 10 minute bath. Within the first 3 days, the fungus fell, died completely. She regrew her missing gill stalk by Christmas, again, this happened in October. My girl is about 11 inches long. If yours is bigger, I would do 3 quarts but only 5 teaspoons of salt. The rule that I follow and learned is "2 teaspoons for every quart."
You must log in or register to reply here.
Share:
Facebook Twitter Reddit Pinterest Tumblr WhatsApp Email Share Link
General chit-chat
Help Users Options