Thank you for accepting me!

I currently have my Axotyl fridged. It's been 12 hours and I've already performed 1 full water change as per the detailed instructions on this site.

3 days ago my Axy swallowed a panda cory tankmate and the tail fin was sticking out all this time. I purchased him about 4 months ago so I guess it's a juvenile. It's done this before (eaten tankmates) with a panda and others but this time there was a problem. It became lethargic, and after checking this site I got the tweezers out and removed the obstruction in 3 pieces. There was some initial blood discharge from the mouth after the last piece (head) was removed, and what looked like small pieces of his red 'gills'. He was immediately fridged after this. 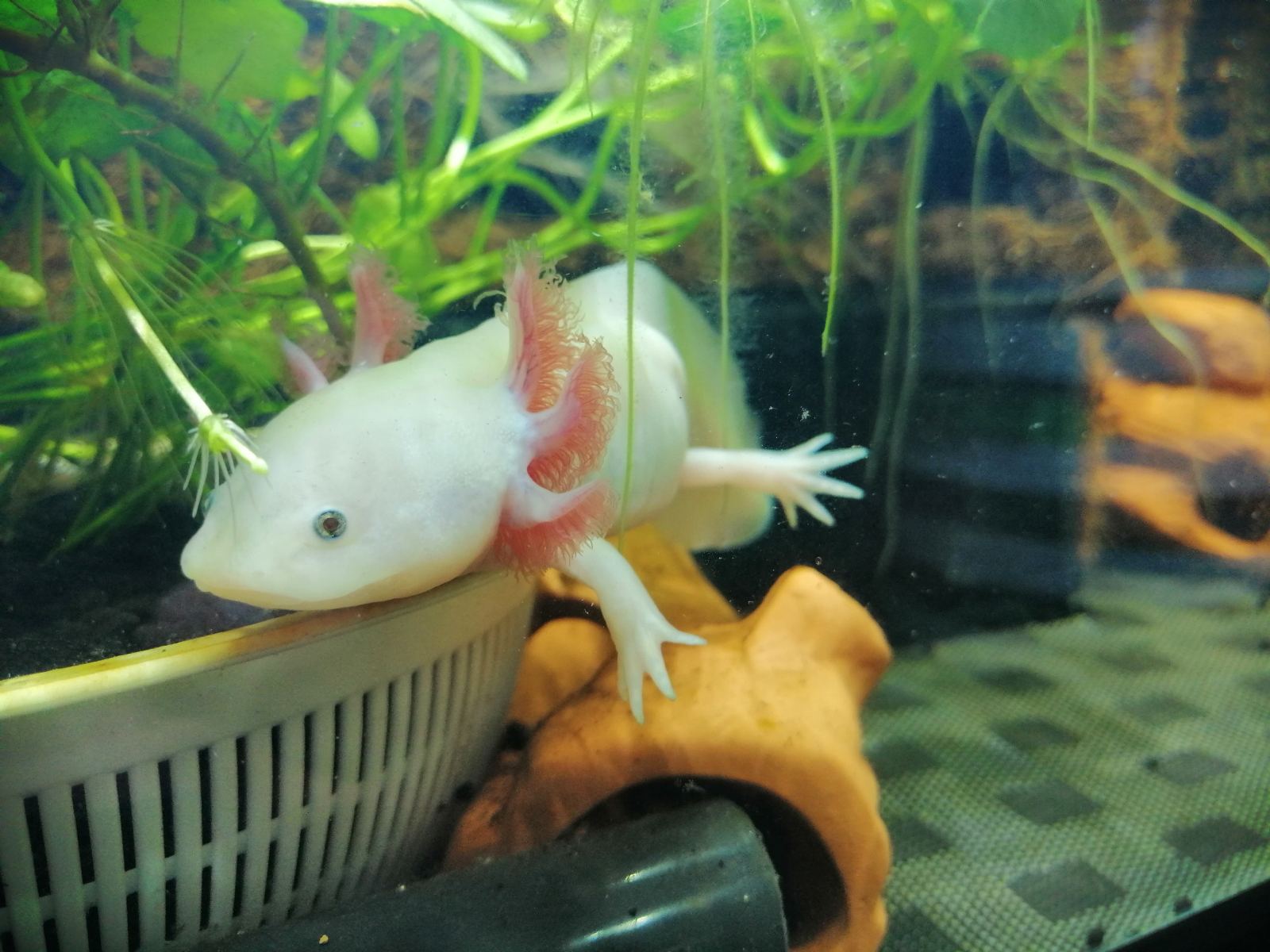 It's another good example of why housing axolotls with fish is not recommended. Catfish famously do not like to be eaten. Glad to hear you're putting in a divider!
W

Update ‘Umpi-loo’ was discharged from the fridge hospital and it’s been in it‘s tank for 48 hours now.
It‘s behavior has somewhat changed, it has periodic ‘spazzing out’ fits where it will perform fast tight circles (like a dog chases its tail) or crash about for a second or so, before resuming its usual chill disposition.
Also, it hasn’t eaten anything for about a week. It now ignores the wiggly worms that were previously swallowed whole in 0.5 seconds.
Is it normal for food to be declined after fridging? And for how long does this occur on average?
Coincidently, his younger sibling has become more reclusive since the start of this problem a week ago, but appetite is fine.
I can see why these guys are almost extinct in the wild population.
In my area they cost $6 in the local aquarium shop, so a vet visit isn’t going to happen.
You must log in or register to reply here.
Share:
Facebook Twitter Reddit Pinterest Tumblr WhatsApp Email Link
General chit-chat
Help Users Options
AnimeDan: Hi Delaney. Can you be more specific? There are lots of reasons for cloudy water, such as... +1 Sunday at 5:00 PM
Chat 0
Top