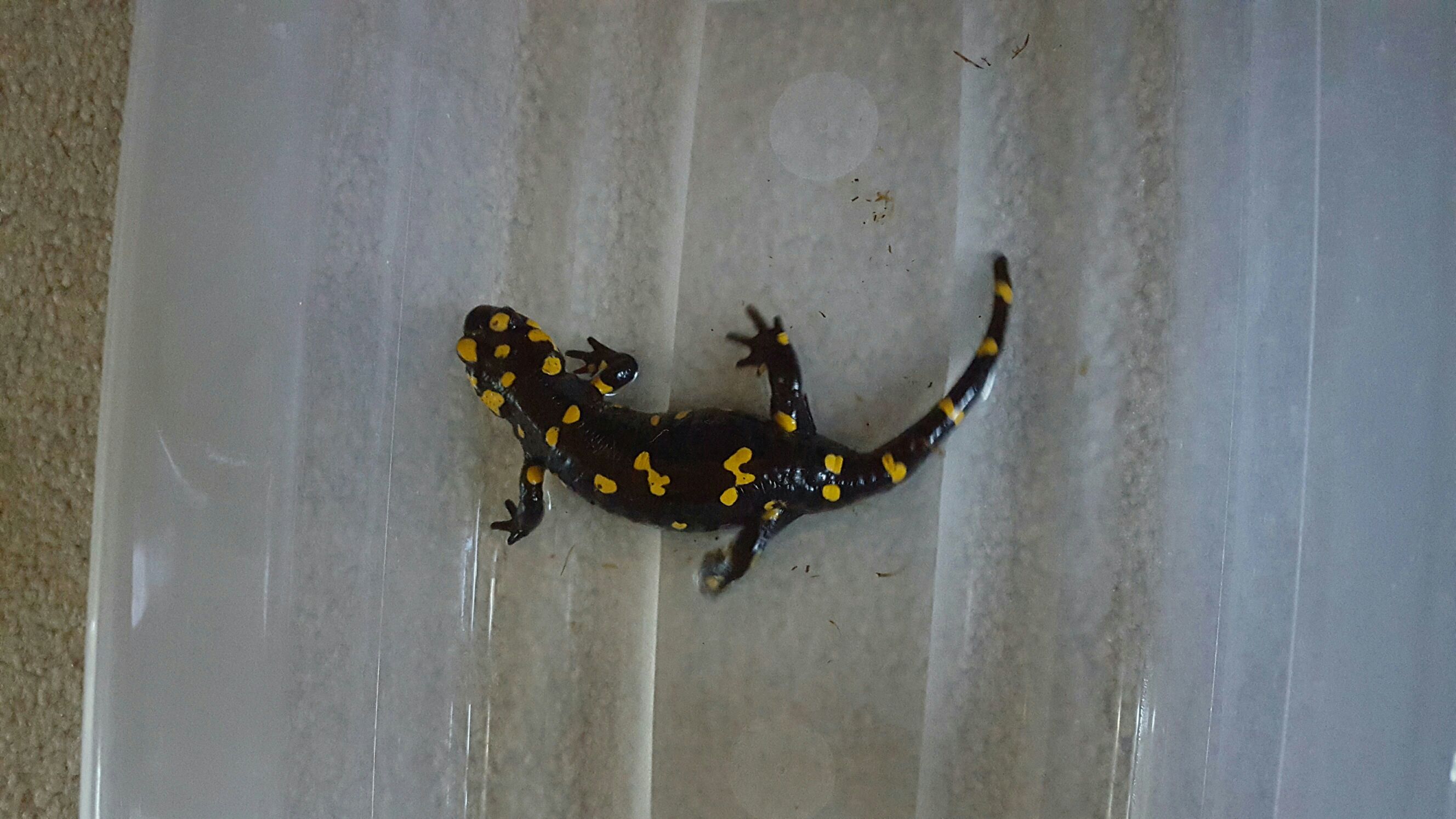 You should only breed it with another Salamandra salamandra, it would be a real shame to breed with another subspecies.
A

That's what I was thinking

Hello Gage, this is actually a good question and I've heard it before with various responses. In my mind, you have to ask yourself why do you want to do it? I know in their natural range where various subspecies over lap there is breeding with fertile offspring produced and some unusual patterns which people find attractive. A quick Google will show examples not only of intentionally captive bred animals but also photos by herpetologists on their various field trips of wild, naturally occurring cross.

Years back, I knew someone who had a female S.s.s. and these were the days when few animals were actually available. He got hold of two male S.s.t. I believe and cross bred them. He then took an F1 youngster most similar to the S.s.s. and crossed it back to the mother. I think the idea was to increase the stock of the S.s.s. The project was sold on as White's tree frogs became the new big thing. Personally, I'd never cross subspecies and I'd not encourage or recommend it either. If I were ever short of a mate for a single animal, I'd wait it out given their longevity.

Maybe I missed it. But did anyone actually go into the process of breeding them??? I certainly get the part about not crossing the genes up. However, I did not see where those who have bred them explained the process that worked for them. I guess the title of the thread was a bit misleading. "Fire salamanders and breeding"
You must log in or register to reply here.
Share:
Facebook Twitter Reddit Pinterest Tumblr WhatsApp Email Share Link
Menu
Log in
Register
Install the app
General chit-chat
Help Users Options